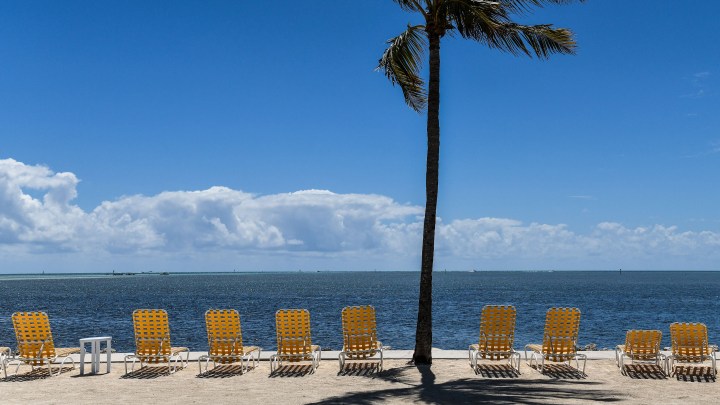 Americans are not known for taking a lot of vacation. But after more than a year of being cooped up and burnt out in the pandemic, the prospect of getting out of the house — now office/school/day care — may be particularly appealing this summer.

It has some tourism and labor experts wondering if Americans might finally change their minds about the value of taking time off. But the forces that have made us a “no-vacation nation” run deep.

Nicole Wong just returned from a long-awaited “real” vacation with her husband and 4-year old son. Last summer, since her family couldn’t travel, she created a Hawaiian-themed staycation in the backyard of her San Jose, California home. They made Hawaiian food, did hula dancing and went snorkeling (in the hot tub, that is).

But this summer, with both parents vaccinated, they were able to travel away from home to Monterey Bay.

“We stayed in a hotel, and we got delicious food from restaurants cooked by other people, and explored new areas and relaxed in a large swimming pool,” Wong said. “Oh my goodness, it was a lot more rejuvenating than I thought it would be.”

Wong was pretty ready to hit the pool after the last year, but her employer sweetened the deal. She’s a training director for business service firm PwC, which is offering employees a $250 cash incentive for every week of vacation they take, up to four weeks.

Workers banked so much extra vacation time during the pandemic the company is literally paying them to use it. That’s how hard it can be to get Americans to take a break.

“For the last 35 or 40 years, we’ve developed a kind of cultural ethos that devotion to work is also devotion to the self,” said Jamie McCallum, a sociologist at Middlebury College and author of “Worked Over: How Round-the-Clock Work Is Killing the American Dream.”

McCallum said before the pandemic, more than half of workers in the U.S. didn’t use all their paid vacation, wasting more than 700 million days a year.

“Long hours and overcommitment and loyalty sort of trump everything else,” he said. “And therefore, asking for time off is seen as a cultural no-no.”

Not to mention, almost a quarter of workers in the U.S. don’t get paid vacation, according to analysis from the Center for Economic and Policy Research.

“It’s very different when this is just part of normal work life — people get paid time off,” said Eileen Appelbaum, co-director of CEPR.

The European Union, for example, mandates at least four weeks of vacation, and many member countries go beyond that. The U.S is the only wealthy country that doesn’t guarantee some paid time off, so even when workers get it, “people feel that it’s a gift from their employer,” Appelbaum said. “And you don’t want to overuse it.”

American workers also have economic incentives to value work over play, said Dora Gicheva, an economist at the University of North Carolina at Greensboro. Because salaries vary so widely in the U.S., there’s a bigger perceived payoff for working hard to climb the career ladder.

“So it’s this rat race type of story where everybody else around you is not taking vacation and working long hours,” she said. “And so you’re going to do it too, because the promotion comes with a big pay raise.”

The pandemic has widened economic inequality and left some workers feeling more precarious than ever. But it’s also built support for worker benefits, like paid sick time and family leave.

Perhaps Americans might even take a vacation without getting paid to do it. 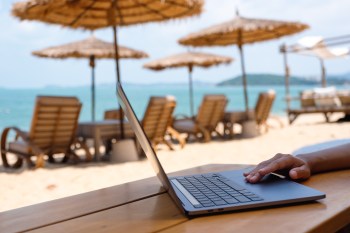 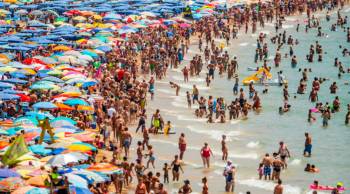