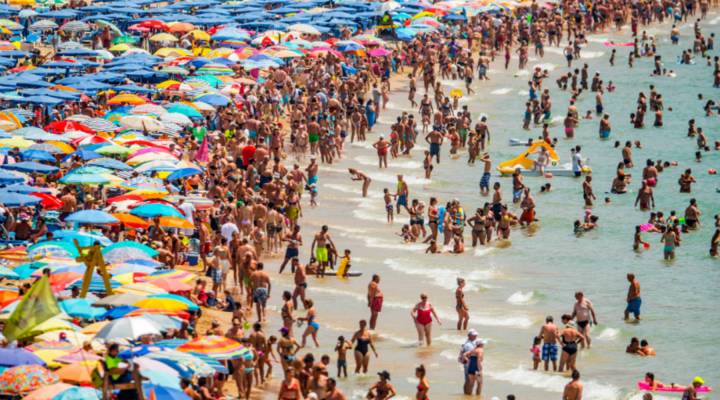 COPY
Not everyone is feeling the effects of the economic recovery. David Ramos/Getty Images

Not everyone is feeling the effects of the economic recovery. David Ramos/Getty Images
Listen Now

You could say the United States is one vacation-challenged nation.

Only 44 percent of Americans say they will take a break this summer, according to a new survey by CreditCards.com.

“I think that it’s further proof that Americans are just very debt-adverse still, even though we’re past the Great Recession,” said Matt Schulz, an analyst with the website.

The economy has recovered for some people, yet not so much for others. And when budgets are tight, a vacation is one of the first things crossed off the list, said Abigail Sussman, an assistant marketing professor at the University of Chicago Booth School of Business.

“You’re going to want a separate pool of money to spend on that,” she said. “It’s not going to be an expense that’s going to slip under the radar.”

In fact, the survey found that about 80 percent of people who plan to take a vacation said they’ll dip into savings to cover the cost.

But staying put isn’t always about money, said Stewart Friedman, a professor of management at the Wharton School of the University of Pennsylvania.

“It’s probably the result of people feeling like they have to be on all the time in order to satisfy the demands of their employers,” Friedman said.

Why bother hitting the beach when you’re just going to be on your phone the whole time, furiously replying to your boss?