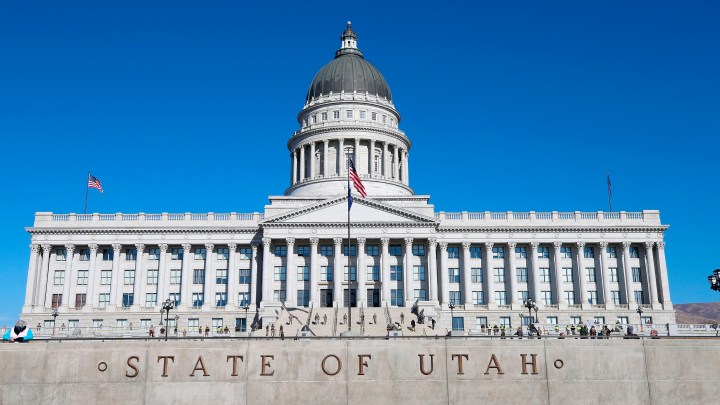 COPY
In some states — including Utah, Idaho and Colorado — tax revenue went up at least 8%. George Frey/AFP via Getty Images

In some states — including Utah, Idaho and Colorado — tax revenue went up at least 8%. George Frey/AFP via Getty Images
Listen Now

At the beginning of the pandemic, there was a state tax revenue plunge — the biggest in at least 25 years. Now some states have a revenue surplus; 29 states took in as much or more in tax revenue between March 2020 and February 2021 than they did the year before, according to data from Pew.

States were planning budgets for this fiscal year during the earliest and most uncertain days of the pandemic. Businesses were closed. Layoffs were mounting.

“And so part of that led to just a tremendous amount of uncertainty for state revenue forecasters,” said Justin Theal, an author of the Pew report. He said most states braced for the worst, and for some, the worst did happen. Tax revenue in oil-dependent Alaska was down by almost half. Revenue in tourism-heavy Hawaii was down 17%. But in Idaho, Utah and Colorado, tax revenue went up at least 8%.

Theal said there were three reasons for the increases.

First, there’s the American Rescue Plan that bailed out state budgets. Then the unemployment benefits — which are usually taxed — and stimulus checks. People spent a lot of that money on goods, too, which are taxed more than services. Finally, many high earners, who pay more in tax, kept their jobs.

But according to Carl Davis, research director at the Institute on Taxation and Economic Policy, no one is swimming in cash. “A lot of states were just barely trying to get back to where they were before the last recession,” he said.

Most states are rebuilding their rainy day funds. The rest is often going to education, broadband infrastructure and, since we’re still in a pandemic, public health. Davis sees the money as a downpayment on projects that will need continued investment. But projecting where tomorrow’s money comes from is tricky.

Population shifts, how industries recover and what you and I spend our money on –– all of that could change what gets taxed.