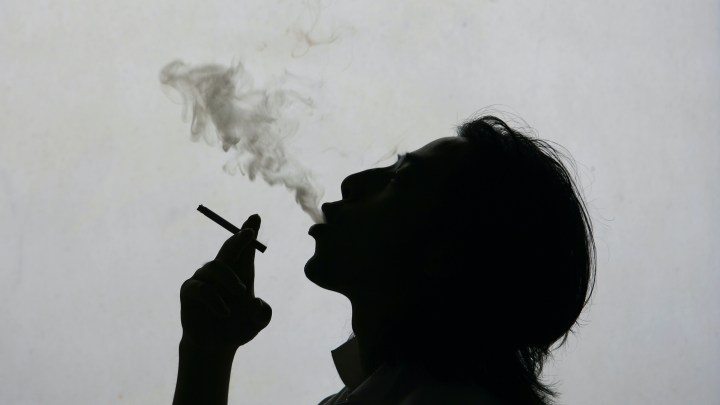 For decades, the number of American smokers was on the decline. Twenty-five percent of us smoked in 1994. That was down to 14% in 2019.

But in 2020, for the first time in years, cigarette sales appear to have stayed steady. And for many states, that meant more tax revenue from tobacco.

States use that money in many ways — but a lot of it actually goes toward trying to get people to stop smoking. Like this campaign from New York and this one from Florida.

Tobacco taxes are one of many so-called sin taxes. States charge them on gambling and alcohol, too. They can be as low as 17 cents per pack of cigarettes and as high as $4.50. Sales of cigarettes have declined by about 3% a year — even recently, according to the Centers for Disease Control and Prevention. But again, not last year.

Jackson Brainerd, with the National Conference of State Legislatures, said the demand for drugs of all kinds tends to stay steady during hard times.

“We saw this during the Great Recession as well. Tobacco and alcohol were relatively stable, so sin taxes have played a role in keeping state budgets afloat,” he said.

New Jersey, for example, is reportedly collecting $42.1 million more in tobacco tax revenue than expected. Sin tax revenue may contribute a small percentage of state budgets. Brian Sigritz, at the National Association of State Budget Officers, estimated it’s in the single digits. But, he said, those single digits add up.

“It’s an area where states often turn to during a downturn to try to bring in additional revenue. It typically has more political support than, you know, efforts to increase some of the broad-based taxes,” Sigritz said.

Colorado and Oregon approved higher tobacco taxes in November. And according to the National Conference of State Legislatures, at least 24 other states are considering bills that would increase tobacco tax rates.

Researcher Vaughan Rees at Harvard’s Center for Global Tobacco Control has been studying data from cigarette makers and convenience stores. He said the pandemic shutdowns may well have played a part in driving people to smoke more.

“Certain experiences such as social isolation and the accompanying effects of that that could include depression, could include boredom, are often associated with an urge to smoke,” Rees said.

And part of the urge, Rees said, is that so many people aren’t in regular workplaces or anywhere else they can’t smoke.

“Just being confined to one’s home means that people aren’t subject to the Clean Indoor Air laws or the smoke-free laws that they might otherwise have to conform to,” he said.

Andrea Villanti, a public health researcher at the University of Vermont, said after grappling with a worldwide pandemic, states shouldn’t be tempted to spend this past year’s tobacco tax revenue elsewhere.

“In the ideal scenario, we would be using those funds to continue driving down use and essentially eliminating that revenue stream,” she said.

But, she said, like a lot of pandemic behavior, the uptick in smoking may drop again once things fully reopen. Her research has found that while tobacco sales have increased, so have calls to smoking “quitlines” — phone-based support for kicking the habit.