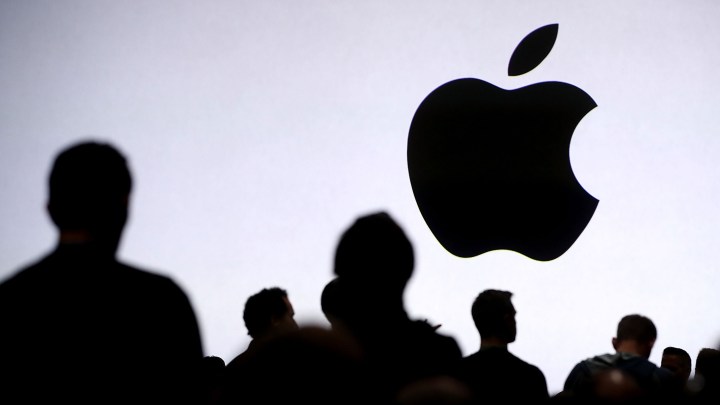 COPY
Apple's not likely to drop a brand-new iPhone this time around, but software updates that deal with user data might make news. Justin Sullivan/Getty Images

Apple's not likely to drop a brand-new iPhone this time around, but software updates that deal with user data might make news. Justin Sullivan/Getty Images
Listen Now

Privacy is likely to be a hot topic when Apple’s annual Worldwide Developers Conference gets started on Monday. CEO Tim Cook and other executives will talk about any changes changes to Apple’s operating system.

Apple’s probably not going to drop a brand-new iPhone at this virtual event, so it’s a little more under the radar than one of those splashy Apple product reveals. But Scott Kessler at the research firm Third Bridge said one thing that could make headlines is how Apple’s software updates deal with user data.

“My sense is you’re going to see a focus on privacy for multiple reasons,” Kessler said. “I think questions around how that impacts both users as well as developers.”

And WWDC is the big event for third-party software developers who build a lot of the stuff that runs on Macs, iPhones and iPads.

“Software, that’s the yellow brick road to success for Apple,” said Daniel Ives with Wedbush Securities. “And that’s why WWDC is so important, not necessarily on product innovations, but laying the groundwork for the future growth of Apple.”

So, yes, WWDC is about software, but Ives is guessing there’s going to be some hardware surprises: a couple of new MacBook Pros.