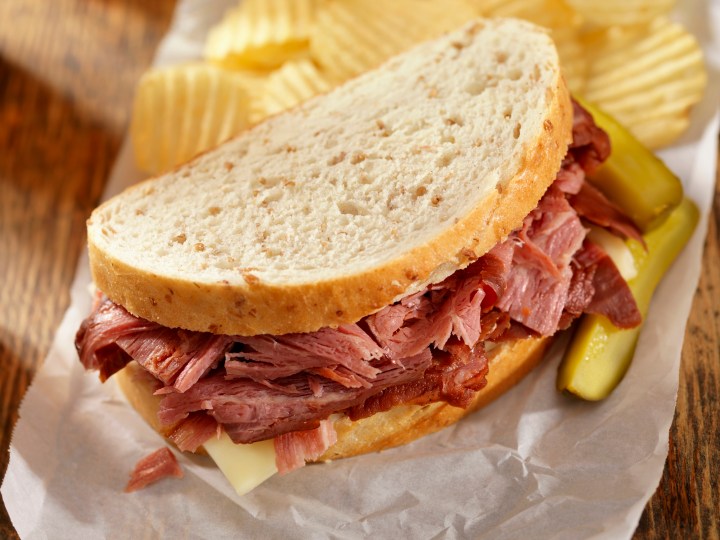 Hometown International, which owns a single deli in New Jersey, reportedly had a market capitalization of more than $100 million. (Pictured above: A generic pastrami sandwich.) LauriPatterson/Getty Images
I've Always Wondered ...

Hometown International, which owns a single deli in New Jersey, reportedly had a market capitalization of more than $100 million. (Pictured above: A generic pastrami sandwich.) LauriPatterson/Getty Images

Can you explain what over-the-counter markets are, and how a tiny, one-location New Jersey deli got itself listed on one? See here. I know that OTC markets are where major stocks end up when they get delisted, but are OTC IPOs for tiny companies a thing? Is there any reason that more average mom and pop shops shouldn’t try to list themselves for public trading and try to hit a $100 million market cap like that deli?

Hometown International, a company that owns a single New Jersey-based deli, reached a market capitalization of more than $100 million in April — despite only pulling in roughly $36,000 in sales over the past two years.

The company gained attention after hedge fund manager David Einhorn flagged its unusually high valuation in a letter to clients. “The pastrami must be amazing,” Einhorn wrote.

CNBC and the Financial Times, among others, have chronicled the Hometown saga, noting that a high school wrestling coach and principal is the CEO of the firm; Duke and Vanderbilt happen to own significant amounts of stock in the company; that it has ties to people who have criminal convictions; and that –– arguably most significantly –– it’s partly owned by a Hong Kong-based hedge fund.

“It’s kind of like how you go on Craigslist”

The over-the-counter market allows parties to trade financial securities between one another directly.

“I may be calling up people, looking for someone who will be interested in the asset that I want to sell. Then, I may have to directly negotiate on the price,” said Batchimeg Sambalaibat, an assistant professor of finance at Indiana University. “It’s kind of like how you go on Craigslist and try to find someone willing to buy some old couch you want to sell.”

According to reporting by The Financial Times, Maso Capital, the afore-mentioned Hong Kong-based hedge fund, viewed Hometown International as a mini-special purpose acquisition company, and wanted to use it to target companies valued between $300 million and $600 million.

A SPAC, which is already public, operates like a cash shell; its goal is to merge with a company that itself wants to go public — allowing that company to list without going through the trouble of an initial public offering.

But a regular SPAC process can cost millions of dollars in administration fees. Maso Capital’s co-chief investment officer Manoj Jain told The Financial Times that Hometown International’s OTC structure was more “flexible,” allowing it more time “to find a target, and a better economic uplift.” Jain added that with the right company, Hometown would be able to list on the NASDAQ.

In short, Maso was not interested in the company for its potential as a deli, said Pierre-Olivier Weill, an economics professor at the University of California, Los Angeles.

Richard Cazier, an assistant accounting professor at the University of North Texas, said when you think of a normal stock that trades on a stock exchange, the price is agreed upon by a lot of the buyers and sellers who are trading that stock.

On over-the-counter markets, Cazier said, that share price can deviate a lot from its fundamental value because there’s not much trading activity going on.

“If we’re gonna value that the way they value these OTC companies, you would say that’s $5 per cup times a million cups, it’s a $5 million company,” Cazier said.

This same shaky logic was used to arrive at Hometown International’s $100 million market cap. “This is somebody engaging in special trades for reasons that have nothing to do with the fundamental value of the firm,” Cazier said.

“People are buying these shares not because they’re really worth that much at the fundamental level, but because maybe a special arrangement between related parties is going on, and somebody has agreed to buy the shares at a price that does not reflect value,” Cazier added.

Within a week of being singled out by the analyst who remarked on the pastrami, Hometown was delisted for, according to the chief executive of the OTC platform, ”not complying with the rules.” It disavowed the price of its stock in a subsequent SEC filing.

“Are OTC IPOs for tiny companies a thing?”

The answer to that is no. During an initial public offering, a company issues new shares to the public at large, publicly, whereas: “The over-the-counter market is basically like resale, after-market trading,” said Molitor at Western Michigan University. “Somebody owns the shares and sells them to somebody who wants to buy them.”

The case of Hometown International is deeply unusual –– trading on an over-the-counter exchange is not something that makes sense for your average independent small business. There are onerous reporting requirements and significant costs; to list on the platform used by Hometown a company has to pay a $14,000 fee.

“I think these probably would deter many mom-and-pop businesses,” Weill said, who added that a small company’s best means of raising money would probably be through its bank.

Studies have shown that OTC stocks are subject to market manipulation and rarely grow into large companies or make it onto other stock exchanges. 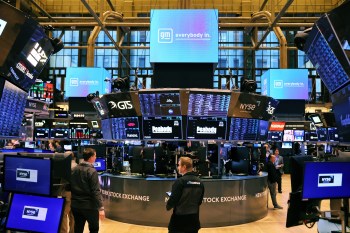