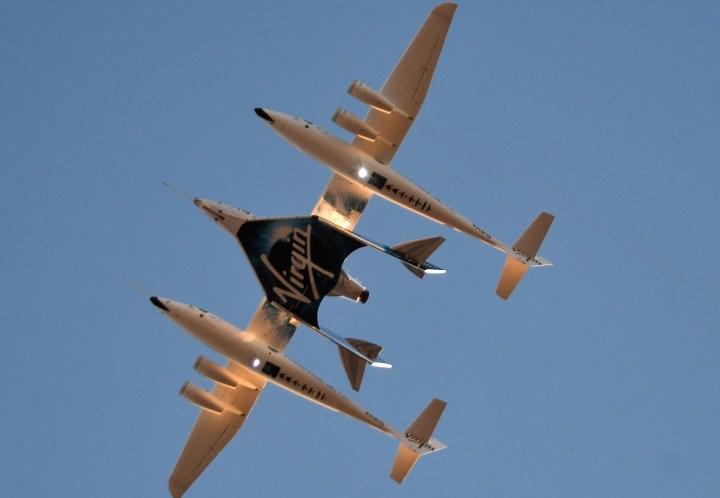 The spaceflight company Virgin Galactic is one of the many companies that's gone public through a SPAC. The number of SPACs has skyrocketed over the past decade. Gene Blevins/AFP via Getty Images

The spaceflight company Virgin Galactic is one of the many companies that's gone public through a SPAC. The number of SPACs has skyrocketed over the past decade. Gene Blevins/AFP via Getty Images

Some of us might have other metrics for fame, but when it comes to language, you know a term has “made it” when it’s been added to the dictionary.

The term is defined as “a corporate shell set up by investors for the sole purpose of raising money through an initial public offering to acquire another business yet to be determined.”

These shell companies, complete with shareholders and a board, look for companies that want to go public more quickly and cheaply than via a traditional initial public stock offering. It’s supposed to be a mutually beneficial relationship.

SPACs usually have up to 24 months to acquire and merge with a company. If they can’t, the investors’ money must be returned.

The term SPAC has been getting a lot of attention this year, with celebrities and sports stars such as Jay-Z, Serena Williams and Steph Curry involved in some form or another with these financial entities. At one point this year, the Securities and Exchange Commission even had to issue an alert telling investors not to make decisions “based solely on celebrity involvement.”

Adam Lashinsky, a columnist for Business Insider, told Marketplace host David Brancaccio that when he was writing about SPACs decades ago, “they were kind of this sordid, dirty, dark corner of the finance world.” Now, their appeal has skyrocketed. In 2009, one SPAC went public, according to SPACInsider. In 2021, there were more than 500 SPACs.

Merriam-Webster explained that when it decides to add a new word to the dictionary, it looks for three criteria: “frequent use, widespread use and meaningful use.”

Peter Sokolowski, editor at large for Merriam-Webster, said terms like SPAC — or words from other fields, like medicine, sports and politics — are initially used by practitioners or lawmakers. Then by the journalists who cover them.

With a word like SPAC, Sokolowski explained this is the point when the dictionary says: “OK, this term has left the jargon of a field and has become part of our national vocabulary for finance and economics.”

Companies that have gone public through SPACs include the online real estate platform Opendoor Technologies, Richard Branson’s space flight venture Virgin Galactic and the shared-workspace company WeWork, which failed to go public the traditional way back in 2019.

Lashinksy said that the low-interest rate environment has helped fuel the SPAC craze, since investors can’t reap good returns on anything other than equity investments.

Goldman Sachs echoed that explanation in a recent research report, stating that “in a world where 10-year Treasury notes yield 1.3% and junk bonds yield 2.8%, some SPACs provide an attractive and low-risk return to redemption.”

Aloke Gupte, a top banker for JPMorgan Chase, told Marketplace that typically companies that are well-established and with “huge” revenues will likely always go the IPO route. SPACs are more beneficial for those early stage companies without a solid “proof of concept,” he explained.

But some of those early stage companies still need to prove themselves. Lashinsky said some of the companies that have merged with SPACs have yet to sell any products and have “no track record whatsoever,” like the flying taxi manufacturers Archer Aviation and Joby Aviation.

Some thorny issues have also arisen as the leaders of nascent companies attempt to go this route. Former President Donald Trump announced just a couple of weeks ago that he had plans to launch a new company called Trump Media & Technology Group, which he would merge with a SPAC called Digital World Acquisition Corp. But experts say the $300 million deal may have sidestepped securities laws, according to The New York Times.

The Times reported that even though SPACs aren’t supposed to have mergers planned when they go public, DWAC’s CEO had been discussing a deal with Trump beforehand.

And Hometown International, a company that owns a single New Jersey-based deli, raised eyebrows after reaching a market capitalization of more than $100 million earlier this year. Maso Capital Investments Ltd., a Hong Kong-based fund that is one of Hometown’s biggest shareholders, said it had plans for Hometown to merge with another company. In an interview with the Financial Times, Maso’s co-chief investment officer Manoj Jain likened Hometown to “a mini-SPAC.”

But Columbia University law professor John Coffee told the Financial Times that “[this] is a self-parody of a SPAC.”

The inclusion of these words in the dictionary tell us a story of our culture and shifting habits. For example, as the COVID-19 crisis ramped up in the U.S., WFH (the abbreviation for “working from home”) entered the Merriam-Webster dictionary.

Sokolowski said it’s important for business and financial terms to be added to the dictionary for consumers, especially because many people are now controlling their own money and own investments (if they’re lucky enough to have them, he added). He said that when he started working about 30 years ago, understanding a 401(k) was a bit of a stretch for him.

The do-it-yourself retirement plan, which was created under the Revenue Act of 1978, forced Americans to make a choice between spending their paychecks or taking employer matches and saving part of their money. We’re also seeing the rise of apps like Robinhood grant easier access to the stock market for ordinary people. 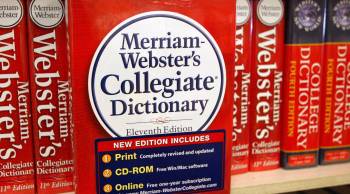 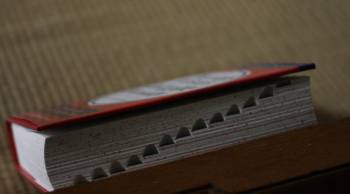