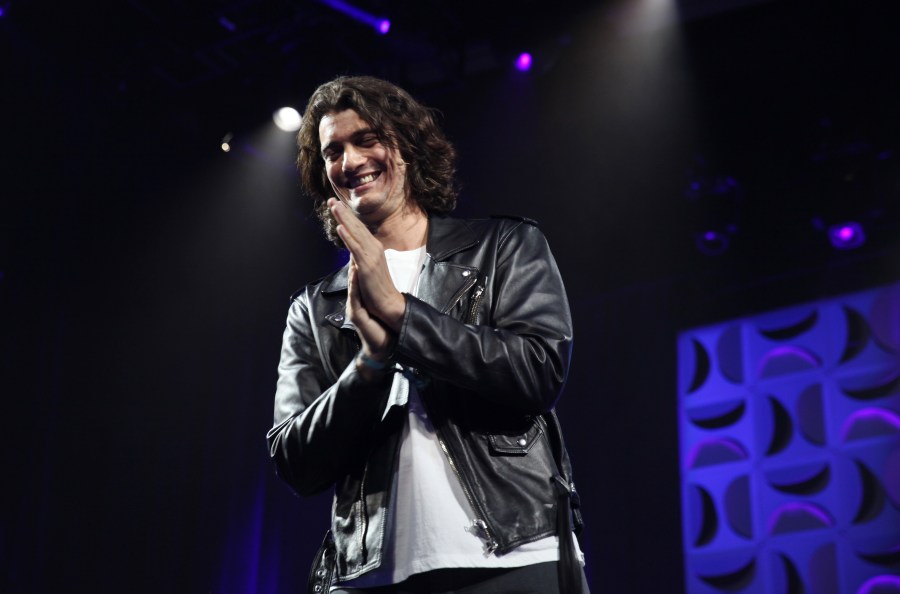 We'll look back at how Adam Neumann built WeWork, assess its SPAC-powered second act and ask what we learned from it all.
Listen Now

We'll look back at how Adam Neumann built WeWork, assess its SPAC-powered second act and ask what we learned from it all.
get the podcast
get the podcast

Was WeWork a tech company? A trillion-dollar business? A way of life?

With the benefit of hindsight — after the failed initial public offering, the loss of billions and the golden parachute for co-founder and CEO Adam Neumann — it’s easy to say, emphatically, “No.” But looking back at the pitch decks and investor enthusiasm that propelled WeWork to a $47 billion valuation, we’re left wondering if the people involved have learned anything.

“Capitalism, there is a sense [it] should work differently than this. There should have been these guardrails,” said Wall Street Journal reporter Maureen Farrell. “Why was there only a comeuppance for the people who work there but not for the founder who built the company, but did a lot of things to take it down?”

Now, WeWork is back with more modest aims and a valuation to match. It’s going public through a special-purpose acquisition company valuing the company at $9 billion, and it’s leaning into real estate and remote work. No more private schools or plans to “elevate the world’s consciousness.”

We called up Farrell to talk through WeWork’s rise, fall and possible comeback. She co-wrote the new book “The Cult of We: WeWork, Adam Neumann and the Great Startup Delusion.”

Later in the show, we’ll talk about Simone Biles’ exit from the Olympics and the Food and Drug Administration’s vaccine approvals, and a listener calls in with some polyamory pedantics. Plus, Ellevest CEO Sallie Krawcheck answers the Make Me Smart question.

Click here to read a transcript of this episode.

When you’re done listening, tell your Echo device to “make me smart” for our daily explainers. This week, we’re explaining public-private partnerships, the MLB trade deadline and MTV. You can hear them all here. And don’t forget to subscribe to our newsletter! You can find the latest issue here.