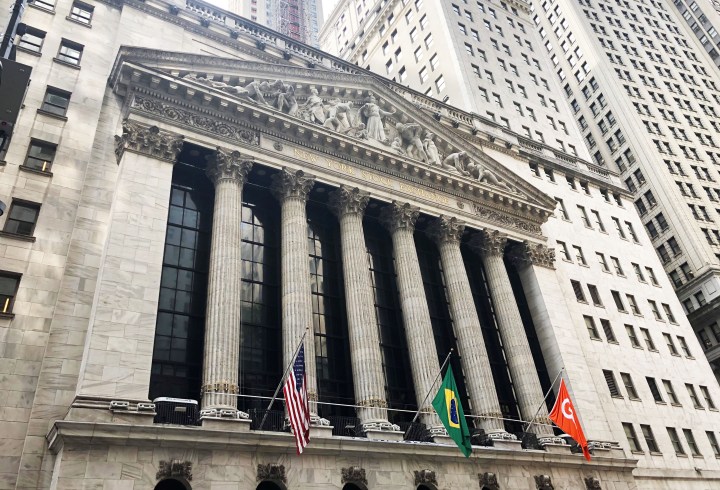 Look, the economy is complicated and it moves fast. News breaks and headlines don’t always tell the whole story. That’s why we’re launching a new series where we take it back to the basics. It’s called “Kai Explains.” This time, we’re talking about something that comes up on the program pretty much every day — the stock market.

It’s an interesting time in the American capital markets. Specifically, for stocks.

The major indices — the Dow Jones Industrial, the S&P 500, and the Nasdaq — have been at or near record highs. There has been steady boasting from President Donald Trump about the rally, never mind that things have been going up for more than a decade.

But as we’ve said before and we’ll surely say again: The stock market is not the economy.

“The stock market is a market where stocks, a type of investment that represents ownership in a company are traded,” said Jessica Schieder, a federal tax policy fellow at the Institute on Taxation and Economic Policy.

“The stock market is where people make bets on what’s going to happen in the economy.”

Let’s dive in. First, you’ve got stock markets. They’re the places where shares trade, like the New York Stock Exchange. Then you’ve got stock indexes, like the Dow Jones Industrial Average or the S&P 500. These are curated lists of companies that represent particular slices of those markets.

Now let’s look at the economy. The economy is a sum of goods and services, all of the things we produce. Who produces these things that make up the economy? All of us; every wage level, every industry, every profession. Unlike the stock market.

“The richest Americans hold the lion’s share of the value in the stock market despite the fact that about half of households own some stock,” said Schieder.

“Another way in which the stock market and the economy are not synonymous is that you can have, you know, workers’ wages really stagnating or growing only marginally as compared to the increases that we’ve seen in the stock market,” said Schieder.

“The stock market is continuously observing the real economy,” said Laura Gonzalez, associate professor of finance at California State University, Long Beach. “And based on what they see in the real economy, they make predictions,” she said.

Investors and traders may be looking at what’s going on with trade policy, the unemployment rate,  housing data, or any of the many things that make up the economy, and use what they’re seeing to try to predict the future value of certain stocks.

“What happens in the real economy is contagious. And once it reaches the financial markets then it feeds back into the economy,” said Gonzalez.

But following each and every turn in the major indices probably isn’t a good idea for most people.

“The stock market is moody. We often refer to it as ‘Mr. Market.’ Sometimes he feels positive about the future and sometimes it feels negative about the future,” said Gonzalez. “Sometimes there is a reason to feel one way or another, and some of the times it’s just going with the flow.”

So, again, the stock market is not the economy. And the economy is not the stock market. But they are related. There’s not a lot of nuance, there are countless things that push markets one way or the other, but check in every now and then, and you’ll get a general sense of how things are going.