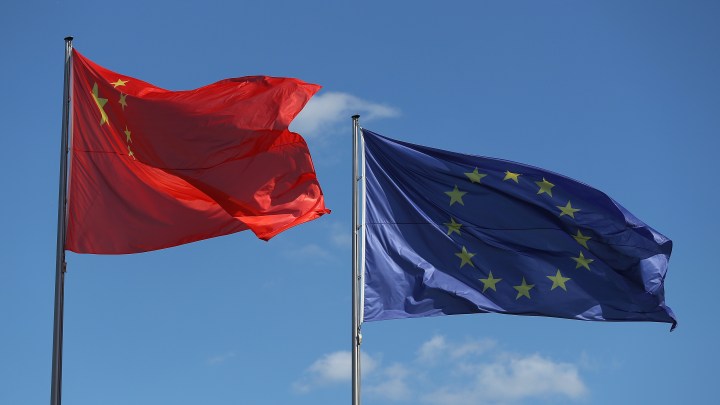 The European Union is proposing new rules that would, among other moves, allow it to block acquisitions by foreign companies if those companies receive subsidies from their governments.

These moves are largely aimed at China. “Openness requires fairness,” is how the EU commissioner for competition put it. This is just one example of attempts around the world to gain leverage over China, as trading partners consider how to limit what they consider unfair economic practices and, more recently, the country’s treatment of domestic minorities.

European leaders are increasingly worried that China’s state-dominated economic system is threatening companies in their own countries. James Lewis, senior vice president at the Center for Strategic and International Studies, said that China and Europe have a history here.

“About a decade ago, the Chinese, through a combination of industrial espionage and economies of scale from their local market and huge government subsidies, basically ate the solar panel market and drove the Europeans out of the business,” Lewis said.

Europe’s new rules are trying to level the economic playing field. Other governments are also concerned, including the U.S. government.

“We and the Europeans we can control who invests in our economy, who’s able to do mergers and acquisitions in our economy, but there’s lots of other areas where we just don’t have any leverage,” said David Dollar, a senior fellow with the Brookings Institution. Anything that China does within its territory is probably out of reach, Dollar said.

Jennifer Hillman, a senior fellow with the Council on Foreign Relations, added that China’s growing influence as an investor in infrastructure through its international “Belt and Road” initiative has made it harder for some countries to confront it.

Governments have called for a level playing field with China. For now, it’s a moving playing field. And the U.S. and its allies are just trying to find their footing.