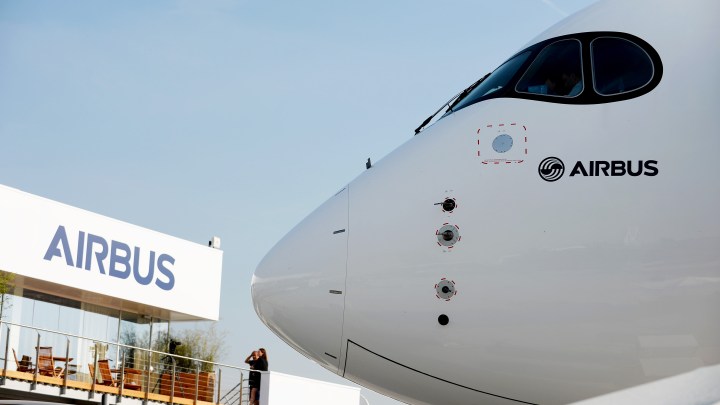 In Brussels, the United States and the European Union agreed to end their long-running dispute over subsidies to homegrown aircraft makers Boeing and Airbus, a deal that suspends billions of dollars in punitive tariffs. The truce not only turns a page on trans-Atlantic trade relations, but it could direct the two sides’ attention to Chinese competition in the commercial aircraft industry.

For more than a decade, the state-owned Commercial Aircraft Corp. of China has developed a domestic jet — the C919 — designed to rival the Boeing 737 and Airbus A320. The C919 could be certified by domestic regulators as early as this year.

“Everything on that plane that keeps it in the air is either from the United States or from Europe,” said Scott Kennedy, Chinese business and economics scholar at the Center for Strategic and International Studies. “Not a single component that is central to the plane’s flight is from China.”

Another challenge: maintenance and service, which make up the vast majority of costs over the life of a commercial plane.

“The hardest part isn’t making the physical aircraft,” said Kevin Michaels, managing director at the consultancy AeroDynamic Advisory. “These are productivity machines that must operate 365 days a year. That’s the hardest part.”

This is why most countries that have tried to join the Boeing-Airbus party have found themselves … grounded.

“It’s really hard to break into that market,” said Richard Bitzinger, visiting senior fellow at Singapore’s Nanyang Technological University. “The Koreans have tried to do it, the Japanese, the Russians. I mean, it’s an elephant’s graveyard.”

Optimistically, the Chinese passenger plane could sell well in the huge China market — given home-company preference — potentially forcing out Boeing and/or Airbus. Tuesday’s truce between the U.S. and EU could enable the two governments to counter Beijing’s tactics together, if they have to.

“Without a common agreement between the U.S. or Europe, either of them individually has very little chance of holding China accountable to a level playing field,” said Chad Ohlandt, aeronautical engineer at the Rand Corp. think tank.

Historically, Ohlandt said, commercial aviation has had space for only two big manufacturers. So if Boeing or Airbus slip up in the future, it could create an opening for China.

Keep in mind: This is a country that has made great strides in manufacturing and electronics, building bullet trains and landing its spacecraft on Mars.