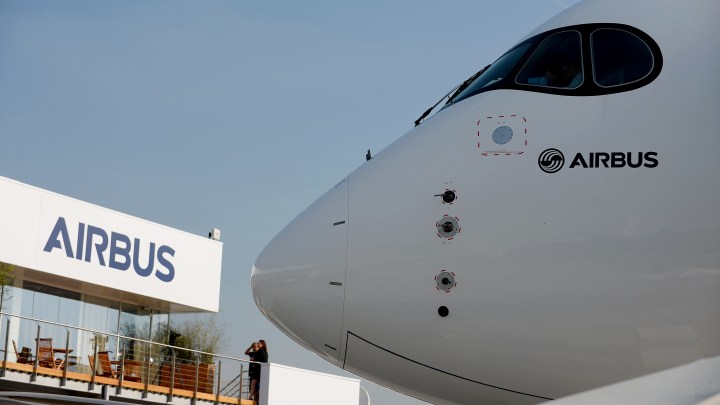 COPY
An Airbus A350-1000 is parked on the tarmac in front of the Airbus pavilion at Le Bourget in 2017 during the International Paris Air Show. Eric Piermont/AFP/Getty Images

An Airbus A350-1000 is parked on the tarmac in front of the Airbus pavilion at Le Bourget in 2017 during the International Paris Air Show. Eric Piermont/AFP/Getty Images
Listen Now

The U.S. has won a case at the World Trade Organization against the European Union over subsidies the EU gave to Airbus. The WTO has given the U.S. permission to impose tariffs on up to $7.5 billion worth of EU exports per year as compensation to the U.S. for damage caused by the subsidies. There is a mirror case brought by the EU against the U.S. over support for Boeing that has yet to be resolved.

This legal dispute between the aircraft makers has lasted 15 years (WTO disputes normally take around three), and is generally how most trade confrontations have been resolved since the WTO was created in 1995.