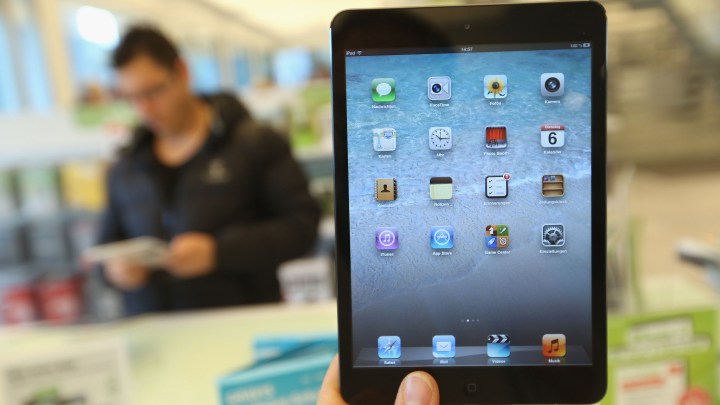 Many Apple watchers expect the company to announce some updates to its line of iPads at a Tuesday event called “Spring Loaded.” Now in its second decade of existence, the iPad has taken a bit of a back seat to the iPhone, as tablets have in general. But things changed during this pandemic.

When the iPad first came out in 2010, lots of people bought one. “People got really excited about tablets when iPad came out, but then realized that there are limitations on doing things,” said Mikako Kitagawa, a research director at Gartner.

Kitagawa said tablets are mostly for consuming, like reading or watching movies. That’s how she uses hers when she’s doing chores, setting up her tablet to watch movies while doing the laundry. She also draws as a hobby and uses it for that. But that’s pretty much it.

On a tablet, it can be hard to type much, edit documents or have multiple screens open. Over time, a lot of people concluded, “I have a laptop, a work laptop, a smartphone and a TV, and I can watch movies on those. I don’t need a tablet.” Tablet sales growth had fallen every year since 2015, according to Gartner. That is, until the pandemic, when it jumped by 23%.

“Certainly the pandemic has had an impact on all of us in terms of being at home needing more devices. Kids need more devices,” said Julie Ask, an analyst with Forrester. And there were times last year when it was hard to get a laptop due to shortages, so some people may have bought tablets instead.

Also, “in a lot of cases, tablets, especially at the low end, can be more economical than a full blown laptop or computer,” Ask said, adding that tablets can make sense for some of the things we’re doing more of these days like remote exercise classes and Zoom calls.

It’s hard to say if tablet sales will continue to grow at the current rate, because it’s really a question of how much we will return to our old habits after this pandemic.