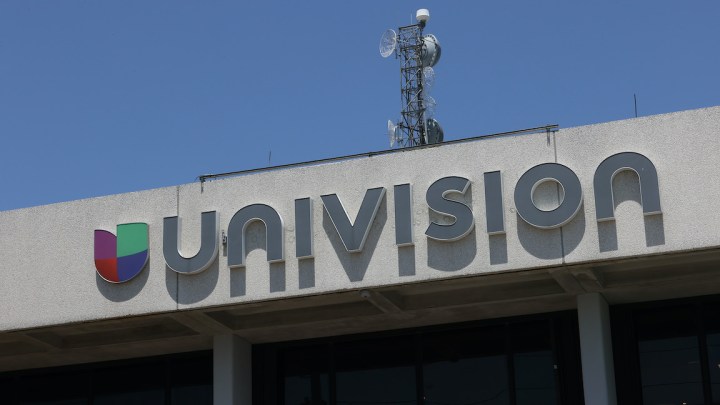 COPY
The potential streaming catalog of the combined Televisa and Univision could attract a more diverse audience. Joe Raedle/Getty Images

The new company will be called Televisa-Univision. Wade Davis, the CEO of Univision, who will head the combined company, said the merger is about becoming a force in Spanish-language streaming.

“This is an enormous market and almost unbelievably underpenetrated,” he said.

Davis estimates that of the 600 million-plus Spanish speakers in the world, only about 10% of them have access to a streaming service.

Jane Shattuc has been showing DVDs of Spanish-language soap operas, or telenovelas, to her students for about 20 years. Shattuc, who teaches media studies at Emerson College in Boston, called the merger a no-brainer.

“It makes all the sense in the world,” she said.

She said she’s concerned, however, that this megamerger could affect local and regional programming.

But Juan Llamas-Rodriguez, assistant professor of media studies at the University of Texas at Dallas, said this new company’s potential streaming catalog could attract a more diverse audience.

After all, everyone covets a younger audience.

Televisa began talking about a merger with Univision about a year ago. But Craig Allen, associate professor at the Walter Cronkite School of Journalism and Mass Communication at Arizona State University, who wrote a book about the rise of Spanish-language TV in the United States, said he was surprised to read about a merger.

“The definitive watershed that’s been anticipated has been Televisa’s outright takeover of Univision,” Allen said.

He said Televisa has too much debt to make an outright acquisition, but it will retain a 45% interest in the new entity.

The deal is expected to close later this year.