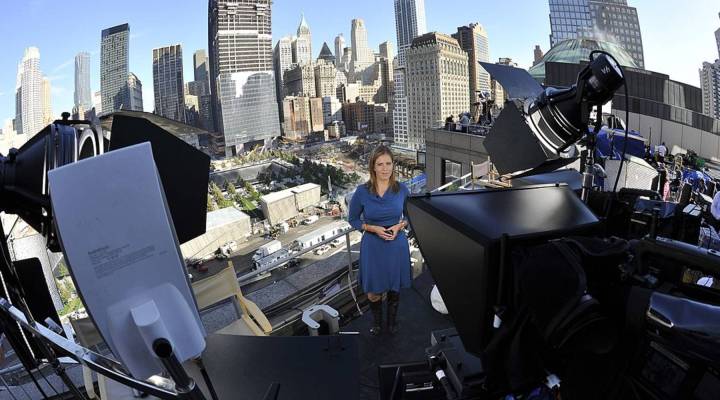 Yes, Spanish-language broadcaster Univision bought The Onion, and no this is not a fake headline: Univision is buying Gawker, the bankrupt online gossip news site, for $135 million. This follows other acquisitions: taking control of Fusion, the multiplatform media network aimed at younger audiences, and buying the African-American news and entertainment site The Root.

At first glance it doesn’t make sense. Because if you flip on Univision, you’ll probably catch a telenovela. Or Spanish-language news.

Roberto F.E. Soto, a media consultant and former producer with Univision, said if the company has a strategy in buying Gawker and other half-news-half-gossip-and-satire media properties, he’s not sure what it is. “This was a one-time leader in Spanish-language media, and they now seem to be all over the place,” he said.

Univision’s core viewers were Latinos who came to the U.S. and wanted news and entertainment in their native language. But James Dix, media analyst at Wedbush Securities, said these acquisitions are Univision’s way of broadening its appeal to the bilingual set.

“One of the reasons would be to attract the younger Hispanic audience that’s grown up in the U.S.,” Dix said.

Christopher Ali, who teaches media studies at the University of Virginia, said Univision is, like all old-school broadcasters, trying to stay relevant and boost revenue with younger audiences. But another goal might be to combine content.

“I think the really interesting thing is, will we one day be seeing Gawker content or Gawker reporting on television?” Ali said.

That could be interesting. Today’s top headlines on Gawker.com are all about sex, an online forum for clowns, and why there’s no such thing as orange pie, as in, pie made with oranges.