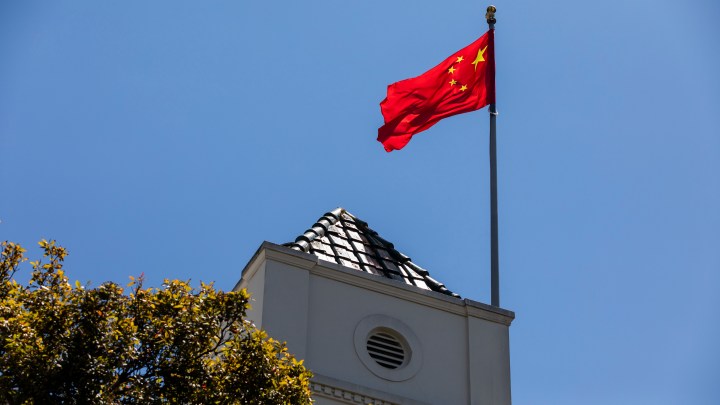 There is growing scrutiny around Chinese efforts to buy companies around the world. On Thursday, Italy’s leader revealed that his country had blocked a Chinese firm from acquiring an Italian microchip manufacturer.

Also on Thursday, the United States Commerce Department stopped seven Chinese firms from buying American-made technologies. The Committee on Foreign Investment in the United States, or CFIUS, is now searching through deals past and present that it may subject to review.

This is happening from North America to Europe and East Asia, where governments are paying more attention to who is buying up their companies in certain sectors. That’s especially true when the buyer is based in China.

According to James Lewis, with the Center for Strategic and International Studies, “The Europeans think China intends to squeeze out their companies,” Lewis said. “So the Germans look at car manufacturing, Chinese are trying to elbow them out. In Europe, it’s very much an economic concern.”

In the U.S., the stated concern around Chinese companies buying companies is national security. This is usually true for high-tech sectors like semiconductors as well as other fields.

China has its own set of restrictions on foreign companies and a blacklist. It too wants to reduce its vulnerabilities. Tatyana Bolton, with public policy research group the R Street Institute, said, “There’s a global power shift. China’s rising. The United States arguably is falling. And so this brings about a lot of different concerns for both nations as they change and the power dynamics of the global order.”

Global supply chains have been weaving themselves tightly across borders for decades. Now, as countries examine and cut individual threads of international trade, the question is what happens to the fabric.