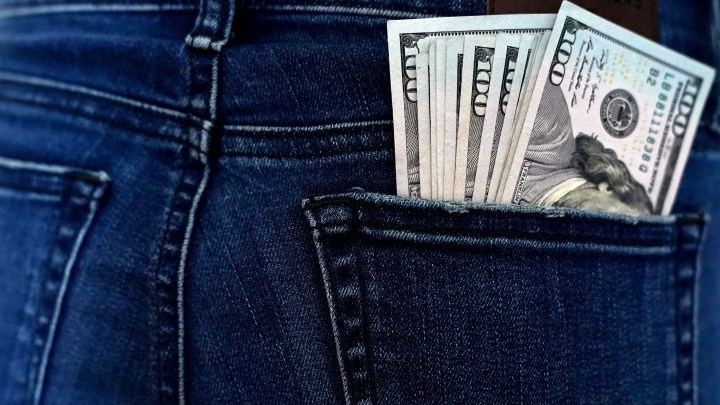 COPY
New data from the first year of a universal basic income program in Stockton, California, suggests worries over work incentives might be overblown. Timothy A. Clary/AFP/Getty Images

New data from the first year of a universal basic income program in Stockton, California, suggests worries over work incentives might be overblown. Timothy A. Clary/AFP/Getty Images
Listen Now

“Universal basic income” has become a talking point for political progressives in recent years, first as the centerpiece of Andrew Yang’s 2020 presidential bid, then as part of the debates over pandemic relief.

Perhaps the biggest criticism of the policy proposal is that “free money” would take away recipients’ incentive to work, causing a mass exodus from the labor force.

Until recently, there hadn’t been much data on either side of the argument. The idea of a large-scale universal basic income program, in which the government would give people money without conditions, might have seemed like a distant hypothetical until 2020, when the coronavirus sidelined whole sectors of the economy and Congress began to dole out checks to large swaths of the population.

The year before, the mayor of Stockton, California, launched a much smaller universal basic income experiment that granted participants $500 each month for two years. And new data from the first year suggests worries over work incentives might be overblown.

“The rate of full-time employment jumped 12 percentage points among recipients in one year. The $500 a month didn’t discourage work — what it did was quite the opposite,” Marketplace senior economics contributor Chris Farrell said during an interview with “Marketplace Morning Report’s” David Brancaccio.

Farrell spoke with Brancaccio about the findings and what we might learn about universal basic income from the American Rescue Plan. The following is an edited transcript of their conversation.

David Brancaccio: Instead of just judging this issue based on attitude or hunch or bias, we’re getting more and more data about the practice of free money?

Chris Farrell: We are. There’s been this accumulation of research and data and real-world experiments, and they tell us something in the aggregate that we already know: People living on low and unstable incomes work incredibly hard. But looking for and finding a better job is difficult, and it’s often impractical when financial resources are scarce and unreliable.

So what a guaranteed income does is it reduces financial instability and creates “new opportunities for self-determination, choice, goal-setting and risk-taking.” And that’s the conclusion of a recent report into the guaranteed-income experiment in Stockton, California.

Brancaccio: Stockton — due east of San Francisco in Northern California. What were the details of this Stockton economic empowerment demonstration?

Farrell: Starting in 2019, 125 people living on low incomes started receiving $500 a month, no strings attached. They could do with it what they wanted. And then there was a control group for comparison. And a number of the findings weren’t that surprising. With money coming in regularly into the household, recipients were less depressed, less anxious, their health and their well-being improved.

But this is the number I really want to highlight: The rate of full-time employment jumped 12 percentage points among recipients in one year. The $500 a month didn’t discourage work — what it did was quite the opposite. The money bought time to apply for jobs, for child care, for transportation, all those other things that are important to the search for better work.

Brancaccio: Fascinating. But it’s one experiment, and it’s not huge, the number of people studied. But there are results coming in from elsewhere?

Farrell: Yes, and I think we are undergoing an enormous experiment in this guaranteed income and this sort of [idea to] trust families to do the right thing. This time, the recipients are households with children. Think about the child allowance in the $1.9 trillion fiscal relief bill that comes to $250 to $300 a month per child, depending on their age. And again, the cash comes in with no work requirements or other demands. It does phase out eventually, but the income phaseouts are very high. The family decides what to do with the income and the payments. It really looks like a guaranteed basic income, at least for those with children.

Farrell: They do, and this greater income stability gives them more choices. So parents living on low incomes know that [they] should be spending more money on food or child care or clothes and so on. And among the benefits could be, just like Stockton, this additional income will allow for better planning and job searches.

I’m dating myself here, but this period of experimentation reminds me of the opening lyrics to the Buffalo Springfield song “For What It’s Worth”: There’s something happening here/ But what it is, ain’t exactly clear…. But it’s exciting to think about what these cash-based policies could do. And they could really make a difference. 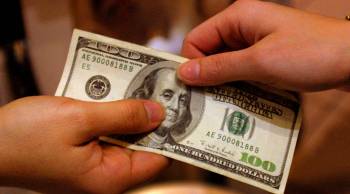