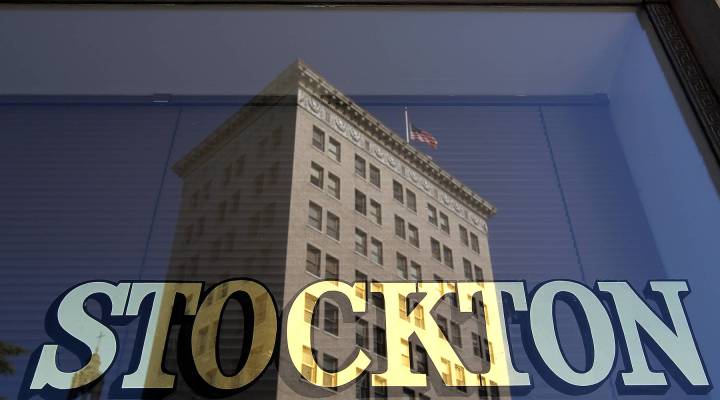 Wage stagnation. Rising housing prices. Loss of middle-class jobs. The looming threat of automation. These are some of the problems facing Stockton’s residents. Stockton’s mayor, Michael Tubbs, said the city’s problems are far from unique.

“I think Stockton is absolutely ground zero for a lot of the issues we are facing as a nation,” Tubbs said.

Stockton is right next to the San Francisco Bay Area, but it hasn’t shared in all the wealth of the tech boom there. The old farming town made headlines for going bankrupt in 2012, and for decades it has been trying to diversify its agriculture-based economy.

Stockton is now about to experiment with a new way to sustain residents: Universal Basic Income or UBI. “I feel that as mayor it’s my responsibility to do all I could to begin figuring out what the best way to make sure that folks in our community have a real economic floor,” Tubbs explained.

For one year, several dozen Stockton families will get $500 a month, no strings attached. The goal is to gather data on the economic and social impacts of giving people a basic income. Dorian Warren co-chairs the Economic Security Project, a nonprofit that’s contributing a million dollars to the effort.

“What does it mean to say here is unconditional guaranteed income just based on you being a human being?” Warren asked.

The project is in its early stages and its not clear how families will be chosen. UBI actually isn’t a new idea said Stanford law professor Michelle Anderson. “UBI was first pitched by (then-President Richard) Nixon as an answer to post-industrial job losses,” Anderson said. By testing UBI today, Anderson said Stockton can assess whether it gets more economic stimulus giving money directly to citizens instead of offering tax breaks to lure in corporations.

“The UBI that is being proposed in Stockton now is very small compared to the big corporate subsidies that cities like that engage in,” Anderson explained.

Stockton racked up millions in debt on development projects in the past, which got the city into trouble, said Mayor Tubbs. “Our history has been we’ve overspent on things like arenas and marinas and things of that sort to try to lure in tourism and dollars that way,” Tubbs said.

Tubbs thinks the UBI experiment will show that Stockton’s best bet is to invest in its own people. 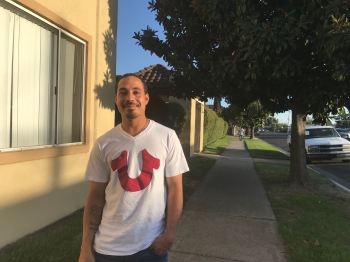 California city experiments with guaranteed income of $500 per month