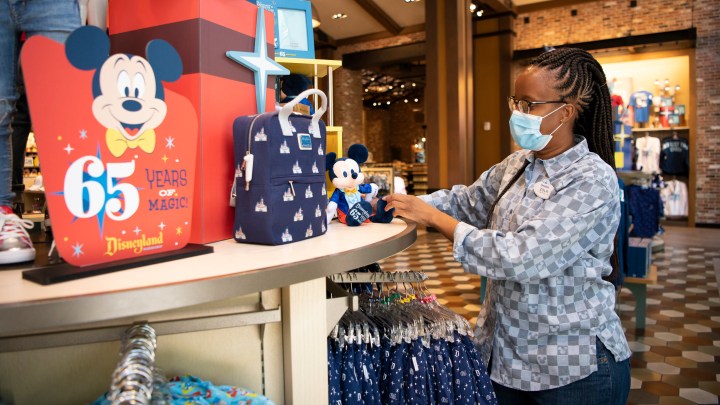 Disneyland has been one of the most popular attractions in Southern California for more than six decades, so it wasn’t exactly shocking that residents would jump at the chance to visit the theme parks as soon as they could with COVID-19 restrictions.

Perhaps slightly more surprising is that people were more than willing to pay $75 — roughly half the price of a one-day ticket on peak days — to simply walk around Disney California Adventure Park and either spend money on food or spend money on merchandise. Theme parks have been shut down for more than a year under California COVID restrictions, and this event does not include any parades, fireworks or rides. Nonetheless, tickets for the month-long event, called A Touch of Disney, quickly sold out after demand crashed the ticket sales site, according to a Disney parks blog.

But Jean-Pierre Dubé, professor of marketing at the University of Chicago Booth School of Business, said it isn’t that surprising at all. “There’s a lot of people who are already at the point that they need an experience so bad, they don’t care about personal safety anymore.”

The economic downturn the United States experienced due to the COVID-19 pandemic is different from one like the 2008 Great Recession, Dubé said. Typically, after an economic shock, people are quite conservative with their spending, he said. There are certainly millions of Americans who are still hurting financially from the pandemic-induced recession.

But there are also those who were able to work from home, save money and pocket a couple of stimulus checks.

“People have been stuck at home and isolated. And, for a lot of folks, that means stuck in a very small space,” Dubé said. “I think that what you’ll find now is this huge surge of people who just need an experience.”

With the pandemic, economic downturn and fraught presidential election, many have compared this time with that of the 1920s. The Roaring Twenties are known as a time of sparkling excess and partying, but also of explosive economic growth. So are we in for the Roaring 2020s?

Well, while people are craving an experience, it will still take a while for the service economy to recover to where it was before the pandemic, according to Gabe Ehrlich, an economic forecaster at the University of Michigan and director of the Research Seminar in Quantitative Economics.

“Spending on services fell as a proportion of total consumer spending quite a bit in the pandemic and the recession,” he said. People are feeling cooped up, but the public health situation isn’t quite where it needs to be just yet, he continued. “By the end of next year, we expect spending on services to be back towards a normal level of total spending,” which is about 69%, he said.

“Spending on services as a share of consumption spending has been on a rising trend for a long time,” Ehrlich said. “We expect that to continue, but we don’t necessarily expect it to go way above the trend.”

Capacity limits will also slow down and extend what could have been a short-lived boom in spending on services. As the economy slowly continues to open up, most places will be at partial capacity, especially when it comes to travel, Dubé said. And as Federal Reserve Chair Jerome Powell put it: “You can only go out to dinner once per night.”

Dubé expects that if the pandemic continues with mixed signals — like vaccination rates increasing but COVID cases rising — there will be a “not crazy but persistent demand well into 2022.”

He also said he expects the travel industry to pick up a lot of steam as things continue to open up. Already, around half of American travelers say they plan to take a trip in the next three months, according to the U.S. Travel Association.

And even though millennials are said to spend more money on experiences than material items, Ehrlich said the elderly population is actually expected to play a big role in the service sector’s recovery.

“They’re being vaccinated earlier. By and large, they will have savings,” he said. “I have somebody on my team who’s about 65, and he said, ‘When you get to be that age, you start to realize you don’t necessarily have so much time left; you want to enjoy yourself.’”

“These are older folks who have been the most isolated, and they’re going to need those experiences, and cruises seems like a really obvious industry — as long as they feel safe,” Dubé said.

Overall, we’re expecting a pretty vigorous economic recovery, Ehrlich said. GDP is expected to get back to pre-pandemic levels by the third quarter of 2021, and economists are predicting 5% growth this year, he said. Ehrlich added he also expects strong growth in the construction and housing sector, something we didn’t see after the Great Recession.

But while we could be in for growth similar to that of the Roaring Twenties, Ehrlich offers a warning: “I think we’d all be excited to see a boom like we saw in the 1920s, but, you know, let’s hope it doesn’t end like the 1920s.” 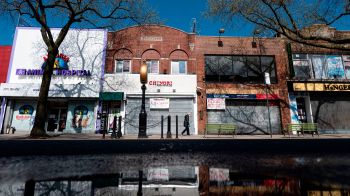