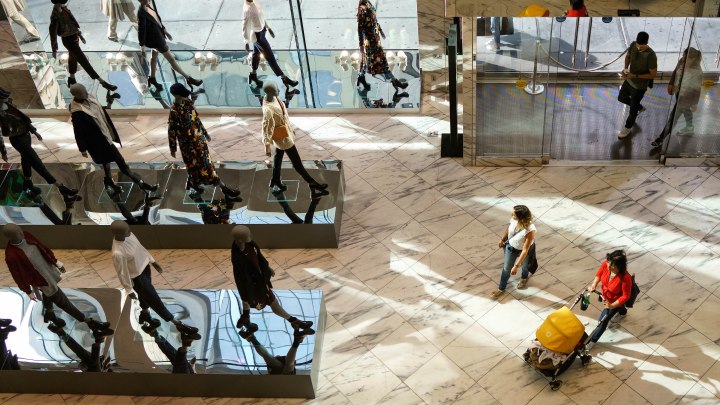 Even though the unemployment rate is still, frankly, pretty scary, most of the people in this economy who want to be working are.

And some have been able to save money through the pandemic because with all the lockdowns, those fortunate enough to have cash to spend had fewer places to spend it.

All of this has some economists predicting that pent-up demand for certain goods and services is going to burst out all over as more people get vaccinated.

A lot of people had to drastically change their spending in the pandemic because they lost jobs or had their hours cut.

But at the same time, most consumers “are still feeling secure or optimistic about their finances,” according to Candace Corlett, president of WSL Strategic Retail, which regularly surveys shoppers.

“I wouldn’t expect a boom, but people will be back in the store, and there will be pent-up demand for the experience,” Corlett said. A lot of people enjoy browsing in stores, especially after months of forced online shopping.

“I’ve talked to some clients within the hospitality industry. And they are seeing folks start to book again for the back half of the year. So there is some optimism there,” said Katie Thomas, who runs the Kearney Consumer Institute.

Optimism yes, but many of those bookings and deposits can be canceled and refunded. Plus, Yale economist Stephen Roach said, “I think we’ve released a lot of pent-up demand into the economy already.”

He points to data on sales of durable goods. Throughout the pandemic, those who can spend money have been doing so — on furniture, large appliances and such.

“The fortunate have managed to do well, but a large swath of the nation has not, and they’re unlikely to unleash anything in the way of pent-up demand,” he said.

Roach said we probably will see some surge in spending, but not necessarily enough to spur a quick recovery.