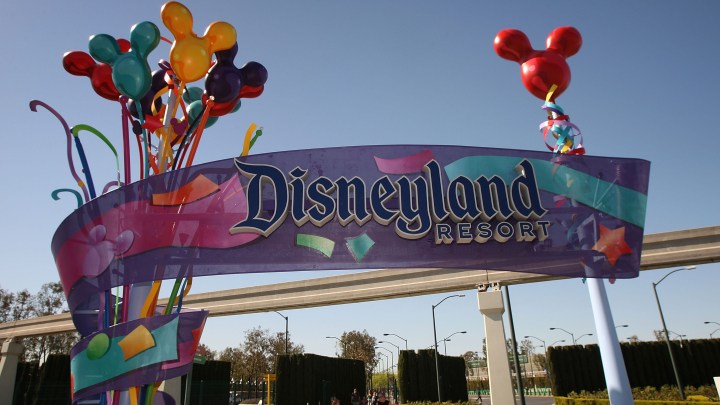 COPY
The Disneyland reopening in California, planned for mid-July, has been delayed for now. David McNew/Getty Images
COVID-19

The Disneyland reopening in California, planned for mid-July, has been delayed for now. David McNew/Getty Images
Listen Now

With new COVID-19 cases spiking, especially in Southern and Western states, what to do about reopenings?

California in the West and Florida in the South are hot spots — right where Disney has its theme parks and was planning a midsummer restart. Now, that’s in question.

Disney has already reopened some theme parks in Asia, but the U.S. is proving to be more tricky amid a resurgence of coronavirus cases likely tracing back to Memorial Day when many states began loosening restrictions.

In Florida, where more than 109,000 cases have been reported, capacity is already thinning for hospital intensive care units, even as Disney goes forward with plans to reopen its massive theme park there next month.

A workers’ petition online is calling for the company to reconsider.

In California, unions representing Disneyland employees — some 17,000 of them — are also balking at reopening plans.

There, Disney has announced it will postpone a planned mid-July reopening, citing delays in getting guidelines from state officials.

California is in the midst of an alarming rise in cases — a record spike came Tuesday, bringing the state total to more than 190,000.