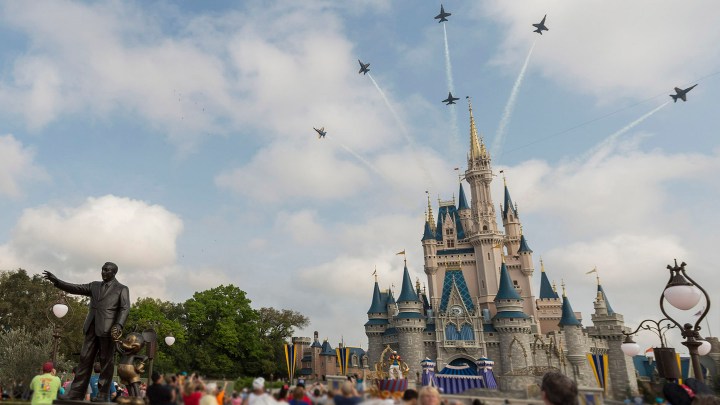 Disney World in Florida plans to reopen this summer, as it hopes to get back to business and avoid bleeding more cash.

Closing Disney’s theme parks has cost the company about a billion dollars, and that’s not even accounting for April and May.

Shanghai’s Disneyland opened on May 11, and if Florida’s governor approves, Disney World in Orlando will be next on July 11.

“We will temporarily suspend parades, fireworks and other events that create crowds,” MacPhee said.

There will be more cashless transactions, a reservation system to get a ticket and temperature checks at the gate. Customers and staff will be required to wear masks before entering the park.

Also, visitors must keep distance from costumed characters — meet-and-greets are suspended. A so-called “social distancing squad” will be around to remind people of that.

Attendance will be capped below capacity, although there’s no word on exactly how far below. Disney’s Shanghai park began its reopening at 30% capacity.