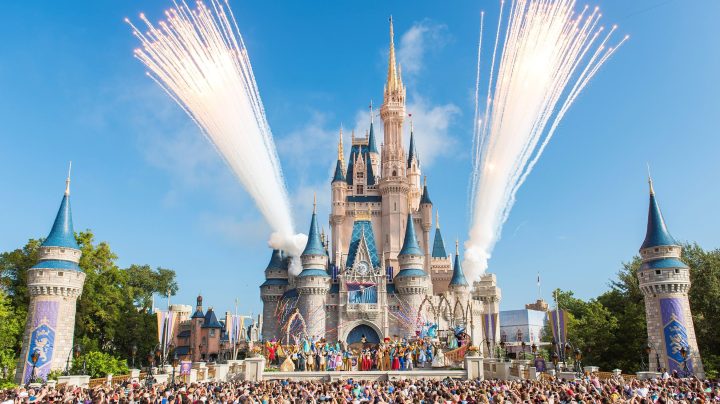 Getting to visit a Disney theme park will depend on which part of the world you live in. Disneyland in California and Hong Kong Disney are closed, but Disneyland Paris and Walt Disney World are now open for business.

Disney World has reopened despite the surge in COVID-19 cases, with Florida reporting 10,181 new cases Wednesday, pushing the total past 300,000 since the crisis began. Some of its COVID-19 measures include limiting attendance, requiring face coverings for all guests ages 2 and older, and performing temperature screenings.

Disneyland Paris is also reopening with limited attendance, announcing it would have face mask requirements for guests ages 11 and older and implement distancing measures. Meanwhile Hong Kong Disney has shut down because of a spike in cases in the region, while Disneyland in California will remain closed pending state and local government approvals to reopen.

A lot of money is at stake for the entertainment conglomerate. A research note from Bernstein analyst Todd Juenger estimated that Disney could lose about $1 billion in earnings before interest and taxes each month that its parks are closed.

“I think they are making a mistake by sort of sending an inconsistent message. The fact that Hong Kong Disneyland re-closed again, but Florida is forging ahead even after the spike in the coronavirus cases in Florida doesn’t bode well for consumer confidence in terms of the safety of the park,” said Kristen Boesel, senior lifestyles analyst at Mintel. “You’re going to get people who are going to go and live their lives and go to Disney World because they can. But then I think a larger share of the population is going to stay away.”

As for why Disney has been inconsistent about which theme parks remain open, Boesel pointed out that the company does not have a majority stake in Hong Kong Disneyland, owning 47% of it, while the government holds 53%, which means they might not be able to make that call.

Florida, which began a “phase two” reopening in early June and whose governor has been staunch about not shutting down again, approved Disney World’s reopening. Boesel said that Disney World also employs a large number of people compared to Disneyland, which means the company stands to lose a lot more by keeping the former closed.

Plus, California Gov. Gavin Newsom had delayed releasing coronavirus-related guidelines for theme parks in the state.

“Given the time required for us to bring thousands of cast members back to work and restart our business, we have no choice but to delay the reopening of our theme parks and resort hotels until we receive approval from government officials,” Disney said in a statement.

Florida’s reopening hasn’t come without pushback. The Actors’ Equity Association — a union that represents Disney World performers — previously called for the Florida theme park to halt its reopening plans and is now also asking for the company to test employees.

“Given that Hong Kong Disneyland will be closing this week, does Disney still plan to reopen Hollywood Studios and Epcot without any plan to test its performers?” said Brandon Lorenz, Actors’ Equity’s national director of communication. “With coronavirus cases surging in Florida, there is no better time for Disney to commit to a strong safety plan that includes testing for performers.”

Disney’s decision to reopen has prompted public criticism, with one recent ad backfiring. On Saturday, Disney posted a video “welcoming” back guests, which led to people creating their own dystopian versions of it.

But Jonah Berger, a marketing professor at the University of Pennsylvania’s Wharton School, said he thinks that in the long-term, their decision to reopen is unlikely to hurt perceptions of their brand.

“While parody videos often say negative things about brands, they also increase the attention those brands get. They don’t paint Disney World in a positive light,” Berger said. “That said, it does provide the information that Disney World is opening.”