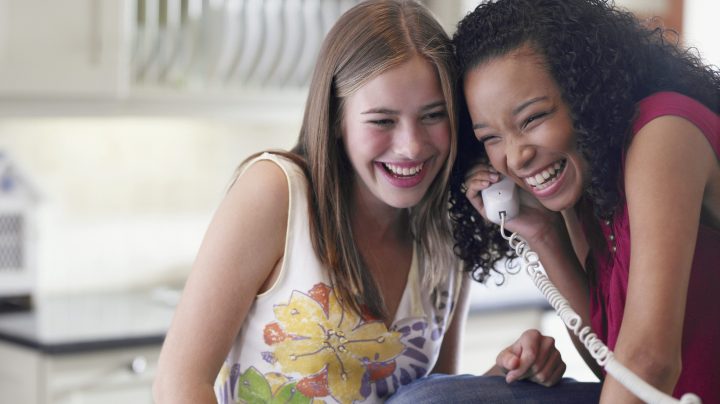 In the days of landlines, you could call 900 numbers to connect with celebs. Chris Ryan/Getty Images
I've Always Wondered ...

In the days of landlines, you could call 900 numbers to connect with celebs. Chris Ryan/Getty Images

What ever happened to 900 numbers? I think the last time I heard one advertised, Bill Clinton was in the White House. I suspect the internet killed them, since sex chats and astrology hotlines probably just jumped to the web, but do companies still use these numbers?

*Just $2 for the first minute, with 45 cents each extra minute.

Back in the ’80s and ’90s, music acts and other celebrities  — including Abdul, New Kids on the Block, Will Smith, Tiffany and Corey Haim — used 900 lines as promotional tools, allowing fans to call in and hear their voices.

“Every time Sir Mix-a-Lot’s ‘Baby Got Back’ plays, which is a lot these days, you hear him sing, ‘Dial 1-900-MIXALOT,’” Magee said when asked what spurred him to ask this question. (Unfortunately, it appears this wasn’t an actual number.)

Think of it as a precursor to Cameo, the popular site that allows fans to pay to have celebrities send them personalized messages. Or the text lines that stars like Ashton Kutcher and P. Diddy have set up in recent years.

“It was the first time when normal people could reach out to the stars,” explained Roger Entner, a telecom expert who founded the company Recon Analytics.

The 900-number business not only had lines dedicated to celebrities, but customers also had access to sex operators, weather reports, psychics and wrestling information.

One of the first well-known examples of a 900 number appeared in a popular 1982 “Saturday Night Live” sketch with Eddie Murphy, who held a live lobster and asked viewers whether they wanted it to live or die. You could call in to one of two numbers to cast your vote. Within half an hour, people made nearly 500,000 calls.

Later on, music acts began taking advantage of it as a marketing tool.

Michael Omansky, a former RCA marketing executive, worked with a company called Phone Programs to develop 900 numbers for the music industry back in the ‘80s.

He came up with the idea of a 900 promotion for the rap duo DJ Jazzy Jeff & the Fresh Prince, which launched in 1988. The Fresh Prince was Will Smith, who went on to become a mega-movie star.

That number, which enabled fans to hear the two talk about their songs, received about 4.5 million calls over the span of three years, according to Omansky, who’s now an associate professor at Felician University in New Jersey. Like the Abdul promotion, it cost $2 the first minute, with 45 cents each additional minute.

The calls included new information every day, though. After the promotion had gone on for several months, it got to the point that the duo would mention things like: “had a bagel for breakfast,” Omansky said.

He recalled that he came up with the idea after seeing 900 numbers promote the “Nightmare on Elm Street” films and professional wrestling. (“I’m a wrestling fan,” he said.)

“I thought this would be a great application for artists and a way to use the 900 numbers to further expose the artists and the specific albums I was marketing,” Omansky explained.

As for the profit structure of the business, Omansky said Phone Programs put up the money and took the risk by purchasing the TV advertising, then paid a royalty to the record companies and the artists.

Omansky pointed out that 900 numbers were appealing during this pre-internet era. Information was at a premium, and people were willing to pay to be entertained.

There was some controversy, though, over who had the right to use some music acts in creating 900 numbers.

The boy band New Kids on the Block had their own lines that received more than 4.5 million calls over 16 months. But USA Today and Star magazine conducted polls about the group via 900 lines, asking, among other questions, “Who’s the best on the block?”

In response, NKOTB filed a complaint in federal court with no fewer than 10 claims, including “common law trademark infringement,” “state false advertising” and “commercial misappropriation.”

Why 900 numbers went into decline

The 900-number business peaked in 1992, when callers paid $3 billion for their services, according to The New York Times. Within about a decade, the market declined to about a third of that level.

Telecom analyst Roger Entner said there were cases in which kids would call these numbers and rack up hundreds of dollars on their parents’ phone bills, which led to increased regulation.

In 1992, the Supreme Court ruled against 900 numbers that provided adult services, killing businesses in that space. Some migrated to 800 numbers.

Then in 1993, the Federal Trade Commission created a rule that made companies disclose the cost at the beginning of a call.

Along with these policies, Noam said companies were also squeezed (of course) by the rise of the internet in the ’90s. “When you could get all this information for free, why pay?” he said. “They were overcome by the better technology.”

In one of the final major blows to the industry, AT&T announced in 2002 that it would no longer provide billing and collection services for 900 numbers. By 2012, Verizon had become the last carrier that supported 900 numbers.

While the 900-number phenomenon came and, more or less, went in the U.S., Noam considers it a pioneering business. “We should pay some respect to them,” he said.

And its legacy will live on in some form, thanks to Sir Mix-a-Lot.