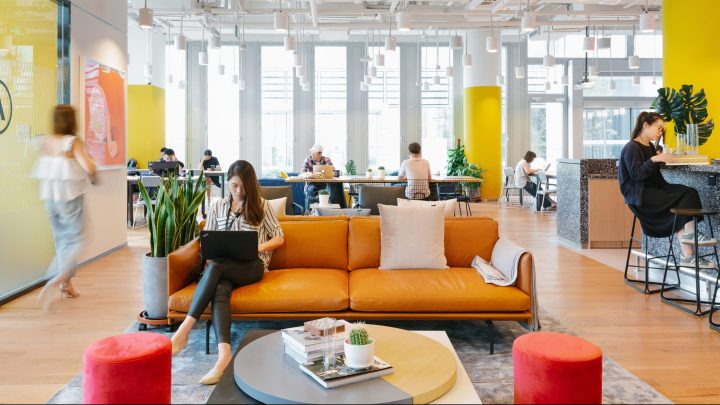 A WeWork location in Shanghai. Courtesy of WeWork
Listen Now

On Wednesday WeWork for the first time filed detailed financial statements related to its upcoming initial public offering, which is expected as soon as September. The co-working space startup reported revenues of about $1.5 billion and losses of $900 million for the first six months of the year. It’s the latest in a long line of IPOs (think Uber and Lyft) for companies with no profits but lots of growth and potential. In its paperwork WeWork identified a big risk factor that could be a particular gut punch for the company: recession.

With more than 700 locations around the world, WeWork makes money by leasing office space from landlords, turning that space into an Instagrammers dream, adding perks like kombucha on tap and then renting out workspaces to people like Sarah Schacht, a non-profit consultant in Seattle.

“I sort of felt like my membership was being paid for in free nitro cold brew,” she said. “The environment is slick and visually interesting.”

The tastefully appointed offices are stuffed with freelancers, startups and small businesses, but there’s risk in catering to such a flexible workforce.

“A co-working space is a splurge for people,” said professional coach Lauren LeMunyan. “When your business is hit you’ve got to make decisions to cover your costs.”

LeMunyan has worked out of several different co-working spaces in Washington, D.C. She said she’d probably just go back to coffee shops if business took a hit, and she keeps her membership on a month-to-month basis just in case.

The short-term nature of most WeWork memberships could be a problem because the buildings it has to rent have long-term leases according to Kathleen Smith with Renaissance Capital.

“They average 15 years, so there’s a mismatch between their costs and their revenue,” she said.

WeWork is now attracting more big corporations like General Electric, Dropbox and Microsoft because they tend to stay longer.

“And what that’s done is double the average length of their membership commitments,” said Alexander Snyder with CenterSquare Investment Management. Big companies now make up 40% of WeWork’s membership.

That part of the business could have more potential for growth even — or especially — in a recession said April Rinne, a business consultant on the future of work.

“Depending on who you are, WeWork offers cost savings and cost benefits compared to having to own and operate everything yourself,” she said.

As more work becomes remote and flexible, Rinne said, big companies could find it increasingly attractive to cut overhead costs by contracting with a co-working space.