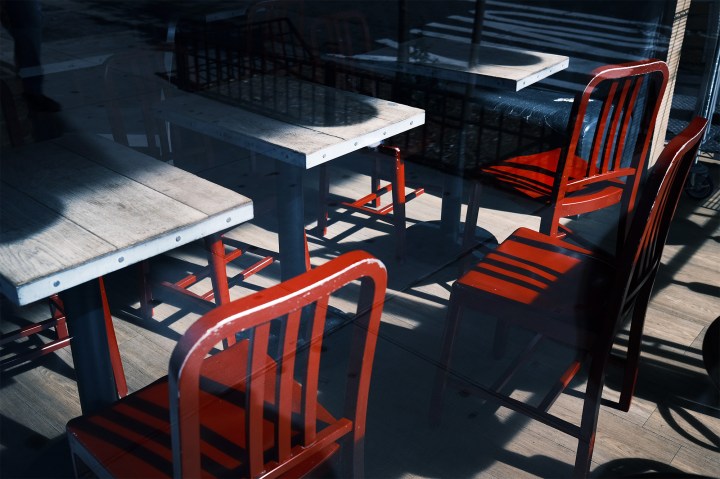 We don’t know what the next round of federal relief might look like, but one area that seems to have some bipartisan support is more aid to small businesses through the Paycheck Protection Program. That’s the $522 billion forgivable-loan program in the CARES Act that was intended to help small businesses keep their workers on payroll during the initial pandemic-related closures.

This week the federal government also released more granular data about which businesses received PPP loans the first time around. And the numbers confirmed what we’ve been hearing on the ground for months now — that larger businesses beat out smaller and minority-owned businesses in vying for funding. The top 5% of loan recipients received over half of the program’s money, and just 28% of the $522 billion was distributed in loans smaller than $150,000.

To help put it all in context, Marketplace’s Kai Ryssdal spoke to Laurie Stewart, president and CEO of Sound Community Bank, a Seattle-based institution that made hundreds of PPP loans earlier this year, one for just $900. Stewart said the loans were critical to the survival of many of her clients — but that some are facing hard decisions as the pandemic drags on.

“I definitely think that another round is needed,” she said. “I would like to see us prioritize small businesses, communities of color. I think there’s still outreach and education to do there, so I’d like to see that first. But I also really worry about businesses that thought they were going to make it and now are really worried they aren’t.”

Kai Ryssdal: As there are machinations in Washington about maybe more relief and maybe more PPP, I want to talk about your experience with your clients who got PPP loans. Generally speaking, how are they doing now, you know, nine months into this thing?

Laurie Stewart: Well, generally speaking, they’re definitely doing better than they would be doing without the funding. I think what’s concerning, of course, to all of them is that in our market, we’re not at stay-at-home [orders], but we’re very close. If you can imagine northwest Washington and restaurants can only have outside dining in December, you know how well that’s going. I think that gets to your earlier point that we’re talking about, what’s the next phase?

Ryssdal: Yeah. And honestly, nobody knows. Can I ask you about loan forgiveness? That was a key part of the PPP, and there was some paperwork involved and some changing deadlines. What’s your sense, as a person running a community bank, about how well that forgiveness part of this thing is going? Because that was key for a lot of small businesses that took these loans.

Stewart: Here’s the good news: I think it’s going better than we thought it would. And while it started slow, and there’s still guidance that needs to be clarified, we’re clicking along. We’ve forgiven about half of the loans that we’ve made. They are the smaller ones, Kai, that are getting forgiven faster.

Ryssdal: Yeah, my favorite little factoid about talking to you is that the smallest loan you gave was $900. And I just have this vision of this person running the bike shop or the cheese shop or whatever it was that got 900 bucks, spending all this time filling out the paperwork, trying to get forgiveness for a $900 loan.

Stewart: Right. I mean, one of the things that SBA say, and we say as bankers, is, you know, consult with your financial professionals. But the person with the $900 loan — or the $50,000 loan — is looking in the mirror at their financial adviser. Probably late at night.

Ryssdal: I don’t know, Laurie, if you’ve been reading some of the stories in the national press. I think the Washington Post broke the story about some of these PPP loans going to really big companies in disproportionate amounts. And I don’t want to ask you about the data, but I want to ask you about the mood as you were trying to get these loans out the door. It’s my understanding that the bias initially was make the loan, it wasn’t challenge the loan.

Stewart: Oh, totally make the loan. And you’re right, I’ve got a bank to run, so I have not mucked around in the data. But I think one of the things we have to remember is this was about jobs and payroll. And if I’m a server in this hard-hit industry of restaurants, does it matter if I work for a company whose payroll is 50 employees or 250 employees? Probably not in terms of feeding my family and paying my bills.

Stewart: I definitely think that another round is needed. I would like to see us prioritize small businesses, communities of color. I think there’s still outreach and education to do there, so I’d like to see that first. But I also really worry about businesses that thought they were going to make it, and now are really worried they aren’t.