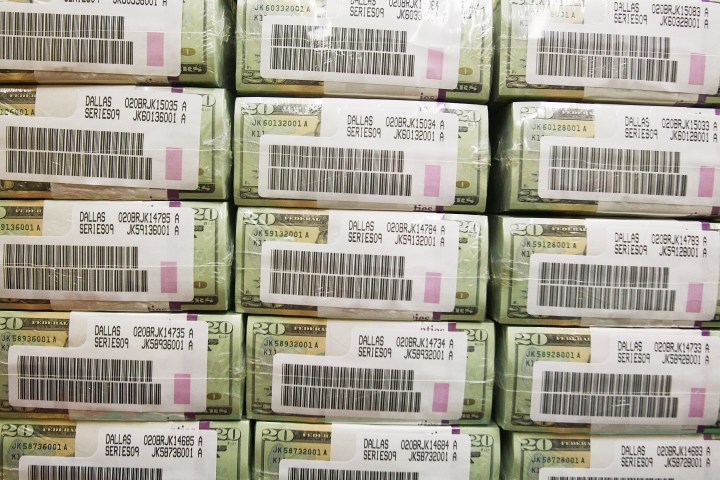 The federal Small Business Administration still has around $110 billion left for businesses seeking possibly forgivable loans through the Paycheck Protection Program, but the flow of new applications is slowing.

That’s a much different situation from what Laurie Stewart, president and CEO of Seattle-based Sound Community Bank, was dealing with back in April, after the first round of funding ran dry in just two weeks.

With the second round of the PPP underway more than a month, we got Stewart back on the phone to check in. The following is an edited transcript of her conversation with Marketplace host Kai Ryssdal.

Kai Ryssdal: Last time we spoke a month or so ago, you were basically out of money for the PPP loan program. But you had lots of people waiting. How did that work out?

Laurie Stewart: Well, that’s true. We made about 300 loans for $48 million, and then ran out of money and had about 200 folks still in the pipeline. But I’m really excited to tell you ⁠— I am genuinely excited — that we were able to get all of those folks in the second round. And in fact, we got them in the first couple of days of the second round. We’re up to 714 loans now. And I’d love to share, if you don’t mind, that our smallest loan is $900.

Ryssdal: Wow. So without identifying information, what kind of business was it?

Stewart: It’s a self-employed individual. One of the things we saw in round two is lots of smaller dollar amounts and lots of self-employed [individuals]. That’s because in round one, that guidance didn’t come out until the last couple of days. So those are the gig workers, contract workers. We saw a lot more of those in that second round, and we’re still seeing them. We have about 80 loans in the pipeline now. We have a few come in every day. We’re trying to spread the word that there’s still money, especially to those maybe underbanked businesses that may not think they qualify.

Ryssdal: Can we turn to forgiveness here for a minute? Because that was one of the really attractive things about this program for, I imagine, a lot of small businesses. It is — and look, I’ve read up on this, but I’m no scholar on it ⁠— it is enormously complicated.

Stewart: It is complicated. And I think bankers and small businesses together took a leap of faith and said, this is the right thing. We’re going to apply for this money, and we’re going to hope we can get through the forgiveness process. Now, we’re just enforcing the rules of the SBA, right? So clients come to us and say, well, what’s this? And should we do that? And how do we interpret that? We kind of get stuck between the SBA and the small business, and we say to the small businessperson, you know, you might consult with your attorney or your accountant. If I’m the guy that got that $900 loan, I am my accountant right now. I don’t have any money for an attorney.

Ryssdal: Yeah, do me a favor and take a step back here, would you, Ms. Stewart, and think big economic picture. You are a person who’s been in banking her whole life, she knows what’s going on in her community. You’re in touch with your customers and your clients. What’s your big economic worry right now?

Stewart: It might be a little bit different if you and I had this phone call even a couple of days ago. The somber events in our country, the massive number of people we have on the streets in protests, which is part of our American heritage, and yet I look on the TV and I watch the streets outside my home, and I see all those people together with no masks. And I feel like, is this the beginning of that much faster second [coronavirus] spike? And how will small businesses that we’re just starting to get reopened be able to overcome some of the hurdles now? It’s a real challenge.