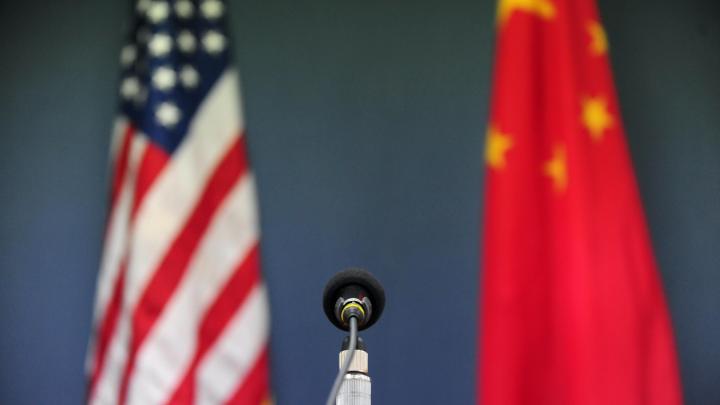 COPY
The Chinese are expected to ask the U.S. to end tariffs imposed by the previous president, though that may come at a price. Frederic J. Brown/AFP via Getty Images

The Chinese are expected to ask the U.S. to end tariffs imposed by the previous president, though that may come at a price. Frederic J. Brown/AFP via Getty Images
Listen Now

Icy Alaska, where temperatures hovered at 16 degrees Fahrenheit at noon local time Thursday, may prove an appropriate setting for the U.S.-China summit at a time when relations remain frosty in several areas, including trade and technology.

“Across the board, U.S.-China interaction at this point is going to be tough,” said Susan Schwab, a former U.S. trade representative and professor emerita at the University of Maryland.

She expects Joe Biden’s White House to continue a hard line against what it considers Chinese protectionism, hacking and siphoning of American technology.

The Trump administration placed aggressive tariffs on Chinese imports as part of its trade war and blacklisted telecom and semiconductor giants in China, cutting them off from U.S. components and technologies. Should the export bans continue, Beijing may not be surprised.

The term often used to describe this growing tech bifurcation is “decoupling.” But the challenge for diplomats and negotiators will be to find areas, perhaps agriculture, where coupling makes sense and creates jobs in both places.

“Where are we going to find the places where we stay linked?” Claire Reade, trade attorney at the firm Arnold & Porter, said. “Because if we’re really stupid about it, then we’ll descend into a kind of McCarthyism, which will be very bad for the United States.”

To that end, the Chinese are expected to ask the U.S. to end tariffs imposed by the previous president, though that may come at a price.

“The administration has not unilaterally abandoned some of the Trump moves on China,” said John Holden, senior director and China practice head at McLarty Associates. “It wants to gain something in exchange.”

He does expect one significant change — that the United States will work with allies on testy China issues rather than going it alone.