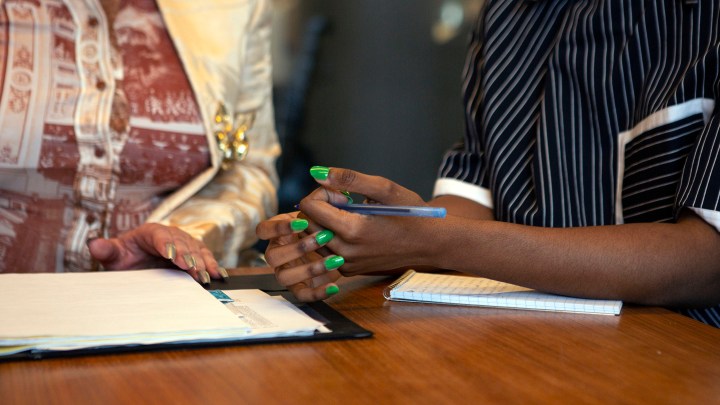 COPY
"There are a lot of resources where, people that are trans-visible, where you can listen to their podcasts or their TED Talks. There are books about trans people and they're explaining their experience. So doing the work, and meeting that person halfway," says NiiLee Grant. The Gender Spectrum Collection

"There are a lot of resources where, people that are trans-visible, where you can listen to their podcasts or their TED Talks. There are books about trans people and they're explaining their experience. So doing the work, and meeting that person halfway," says NiiLee Grant. The Gender Spectrum Collection
Listen Now

About 1 million workers in the U.S. identify as transgender, and more than three-quarters of trans workers have reported taking steps to avoid discrimination at work, according to the 2015 United States Transgender Survey.

Before the Supreme Court’s ruling last year prohibited workplace discrimination against LGBTQ people, it was legal in 27 states for employers to discriminate against someone on the basis of their gender identity or expression. And despite the ruling, many trans people continue to face discrimination and mistreatment at work.

But there are steps companies can take to support trans employees.

“Marketplace Morning Report” host Kimberly Adams spoke with NiiLee Grant, a trans and queer advocate who works in commercial real estate in Atlanta, about her experiences being trans in corporate America and what it means to create an inclusive workplace. The following is an edited transcript of their conversation.

Kimberly Adams: Talk to me about what it was like for you at work while you were transitioning.

NiiLee Grant: When I first started my transition back in 2006, 2007, management wasn’t trained on how to handle the situation. They were trying to do my name change through the system, and that was a whole ordeal within itself. And then people felt as though I should not have used the women’s restroom. There were many nights where I came home frustrated, hurt, sad — not just knowing that a company doesn’t support you, but because they don’t have any of the tools to better themselves with handling something so delicate and vulnerable.

Adams: Four years ago, here at Marketplace, we confronted what it means to create an inclusive workplace for a trans journalist. My former colleague, Lewis Wallace, was fired from the company and went on to write a book called “The View from Somewhere: Undoing the Myth of Journalistic Objectivity” detailing their experience.

Grant: The first visible thing you can do is, is it branded on your website? And not saying that, “We’re gender inclusive,” but where is a flag somewhere on the website? Where can I see someone like me on the website? If you’re sending me an email, where can I see that you’re progressive and you know to put your pronouns in your signature? It’s the little things that that are the big misses when I’m looking for a job and I do my research.

Adams: What advice would you give to individual managers who have trans workers on their teams?

Grant: A lot of people don’t understand their anti-trans stigmas or their transphobias, their homophobias, until it’s brought to their face. So I challenge them to self-reflect and be open to learning. There are a lot of resources where, people that are trans-visible, where you can listen to their podcasts or their TED Talks. There are books about trans people and they’re explaining their experience. So doing the work, and meeting that person halfway.

Adams: You bring up something pretty important that I think a lot of underrepresented people in workplaces feel — you’re talking about the burden that is often put on the marginalized person to do the work of educating everyone else. How do you strike that balance?

Grant: Well, for me specifically, I do not feel as though it is a chore. But I do understand that my trans siblings are tired having to explain their experience when they’re just simply trying to exist. So I’m trying to use my visibility and my voice as loud as possible so they don’t have to. 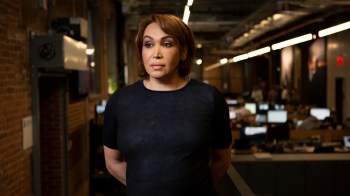