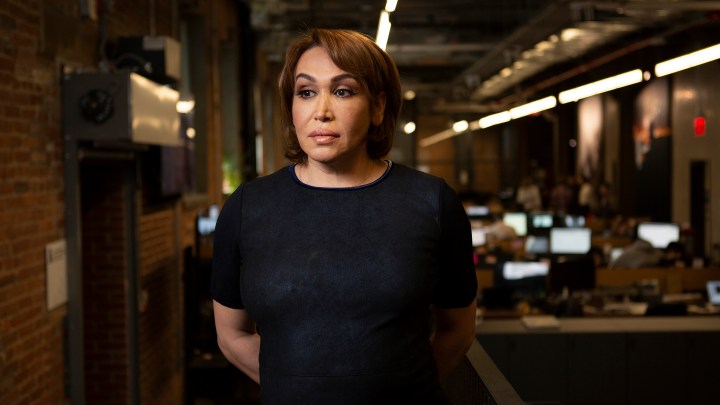 COPY
For those who do land jobs, 77% of trans individuals say they’ve taken active steps to avoid mistreatment at work. The Gender Spectrum Collection
COVID-19

For those who do land jobs, 77% of trans individuals say they’ve taken active steps to avoid mistreatment at work. The Gender Spectrum Collection
Listen Now

Before the pandemic, if you look by demographic, Black transgender employees faced the most economic challenges of any group of workers in the U.S.

The pandemic has piled on new challenges, but added federal protections and the increase in virtual interactions this year may be helping.

Applying for and interviewing for a job always involves a lot of scrutiny: your qualifications, how you present, how you sound, how you look. That scrutiny is still there during the pandemic, but remote screening seems to eliminate some bias.

“With the number of companies now doing phone screenings as a first line of entry, it’s actually given trans folks some more opportunity because they’re being assessed by the quality of their candidacy,” said Victoria Kirby York, deputy executive director for the National Black Justice Coalition.

It’s hard to get past that hurdle though. Jody Herman, a scholar of public policy at the UCLA School of Law, said her research shows that compared to the U.S. population at large, trans people are the most likely to be unemployed or living in poverty.

“And these issues are particularly worse for Black respondents and other respondents who are people of color,” Herman said.

For those who do land jobs, 77% of trans individuals say they’ve taken active steps to avoid mistreatment at work.

Hundreds of companies do have discrimination policies that cover trans employees, and some have gender-neutral dress codes and bathrooms.

But that’s often not enough, especially in the pandemic. Now bosses and colleagues are all peering into each other’s personal lives through computer screens.

“Especially for individuals who are not out about their identities, we’re seeing that from remote work that this might be a source of anxiety,” said Christian Thoroughgood, professor of psychology and human resources at Villanova University.

But, he adds, because the pandemic is ongoing, it’s hard to do research on the impact of the ruling, and it’s hard for workplaces to implement new policies.