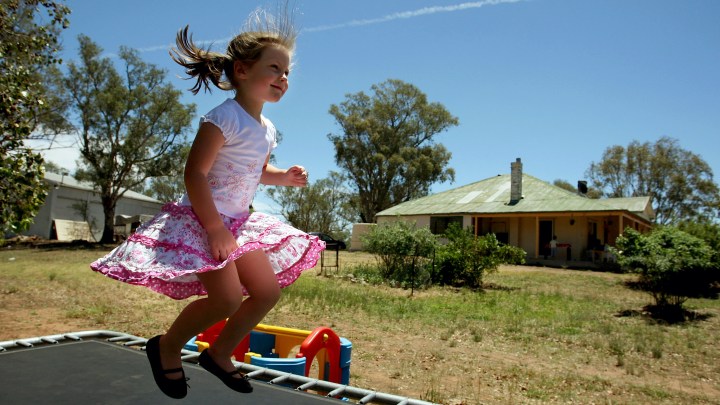 COPY
Spending on goods has gone up during the pandemic, but you can get your kids only so many trampolines. Lisa Maree Williams/Getty Images

Spending on goods has gone up during the pandemic, but you can get your kids only so many trampolines. Lisa Maree Williams/Getty Images
Listen Now

Every year, Radmon Conrad and his family take a vacation. In July, it was supposed to be Hawaii.

They were going to visit a volcano, go to a luau and “have some time in the sun and then be able to do some hiking and things like that,” he said.

Obviously, that didn’t pan out.

So instead, he and his wife, who live in San Antonio, took about $5,000 from the vacation fund and spent it on their house. Got a new fence, some gutters.

“You’re like, all right, well, I guess the house looks better,” Conrad said. “But that’s not the same as a trip that gives you memories for your lifetime.”

It’s a cliché: Money can’t buy you happiness. But that’s never stopped anyone from trying. And before the pandemic, a lot of that spending went toward travel and restaurants. Now we’re trying to fulfill our emotional needs with stuff.

Erik Lundh has been buying more things during this pandemic, and they’ve brought his family a decent amount of delight.

He bought himself a car — he’d been putting it off.

“Every time I drive around, it puts a big smile on my face,” he said.

And for his kids?

“A trampoline for the backyard, whiffle ball sets and new bicycles,” Lundh said.

But Lundh — who, by the way, is an economist at the Conference Board, which produces national economic data — expects this trend to reverse as more people are vaccinated and feel safe traveling and going to restaurants and spas and things like that.

And that’ll be great for the U.S., Lundh said. Because a lot of the physical stuff we buy is made in other countries. We’re a service economy. 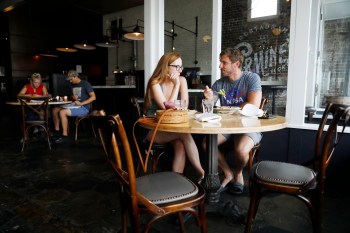