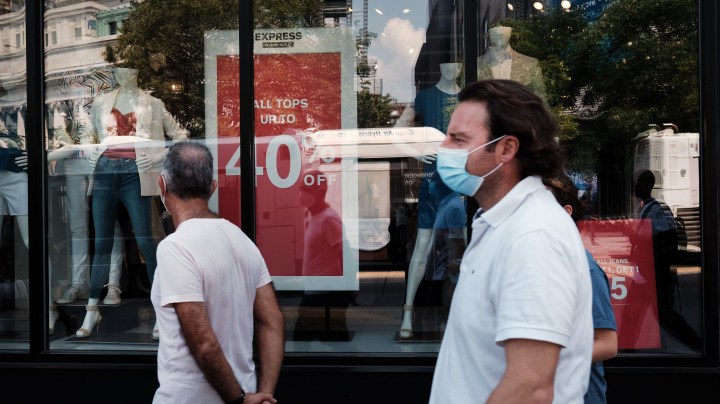 The next consumer spending report will be out Friday. The report will describe what consumers spent in June, offering a snapshot of a particular point in time.

By the time consumer spending numbers come out, they’re a month old. In normal times, that’s not such a big deal.

In a pandemic, however, with the variables of cases and vaccination rates and new restrictions, a month can make a difference.

Like maybe in June, a consumer wasn’t worried about going to a concert or booking a vacation in another state, but in July, with cases rising, it’s a different story.

So Dubinsky said UBS has other ways of tracking spending.

“We are looking at credit card spending data. We’re looking at mobility data, to track things like business to retail stores or transit hubs,” he said.

So far, they’re not seeing a drop in spending. They have seen a change in consumer sentiment lately, though.

In surveys, more people report that they’re nervous about going back to the office or to public spaces.

“I can tell you that every day we’re interviewing 6,000 people, and very clearly over the last two weeks, confidence has fallen dramatically,” said John Leer, chief economist at the research firm Morning Consult.

And that has to do not only with their job situations or how much money they have in the bank, but also how they feel about the economy and where it’s going.