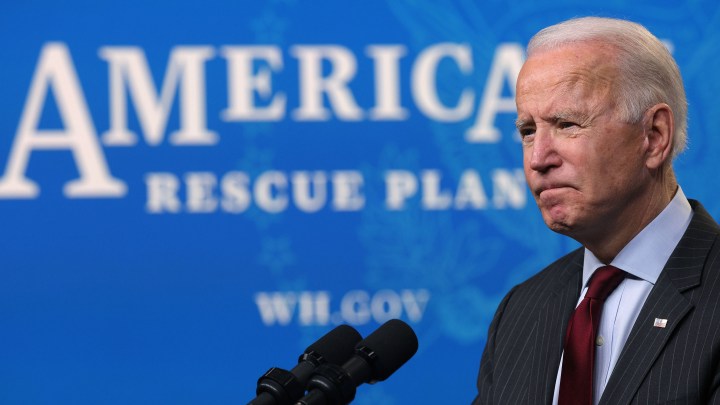 COPY
President Biden announced changes Monday to the Paycheck Protection Program aimed at helping smaller businesses owned by women and people of color to qualify for federal loans due to the economic impact that has been caused by the COVID-19 pandemic. Alex Wong/Getty Images
COVID-19

President Biden announced changes Monday to the Paycheck Protection Program aimed at helping smaller businesses owned by women and people of color to qualify for federal loans due to the economic impact that has been caused by the COVID-19 pandemic. Alex Wong/Getty Images
Listen Now

For two weeks starting today, the Paycheck Protection Program will be open only to especially small companies, firms that employ fewer than 20 people. It’s part of several tweaks the Biden administration has made to the loan program, money that becomes a grant if criteria are met.

The Paycheck Protection Program has distributed more than $600 billion to businesses during the pandemic, but those funds have disproportionately gone to larger more established companies, said Claire Kramer Mills at the New York Federal Reserve.

“They tended to have had a banking relationship, which we know was really important, and just becoming aware of PPP and getting through that process,” Mills said.

She said smaller businesses owned by women and people of color often lack that relationship with banks and have had a harder time applying, so opening the system to the smallest companies could help even the playing field.

But Paul Ong at UCLA said basing applications on company size alone won’t address all of these disparities.

“I would like to see much more fine-tuning in terms of, how do we prioritize?” Ong said.

He said there needs to be an emphasis on businesses in vulnerable neighborhoods. He found in previous rounds of PPP funding that majority-white neighborhoods in California received more money than communities of color.