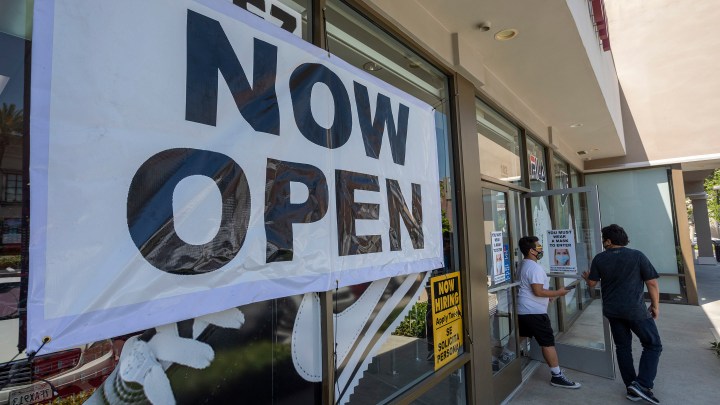 COPY
The legislation defers payroll taxes for businesses getting the loans, and it gives them more time to repay any part of a loan that isn’t forgiven. David McNew/Getty Images
COVID-19

The legislation defers payroll taxes for businesses getting the loans, and it gives them more time to repay any part of a loan that isn’t forgiven. David McNew/Getty Images
Listen Now

Congress has passed legislation loosening the rules and extending the deadlines for the Paycheck Protection Program, which gives forgivable loans to small businesses to keep people on payrolls. It now goes to President Donald Trump for his signature.

The legislation is designed to smooth out a number of kinks in the program that businesses complained about. Initially, Paycheck Protection loans would only be forgiven if a business spent 75% of the loan money on payroll. The new bill lowers that to 60%. Businesses also have more time to spend the money — six months instead of two. That’s in response to businesses that complained that they couldn’t spend their loan money in such a short time frame when their workers didn’t have much to do, because they were still closed.

Without the new bill, the first businesses to receive Paycheck Protection loans would have to start paying them back next week. The legislation also defers payroll taxes for businesses getting the loans, and it gives them more time to repay any part of a loan that isn’t forgiven.