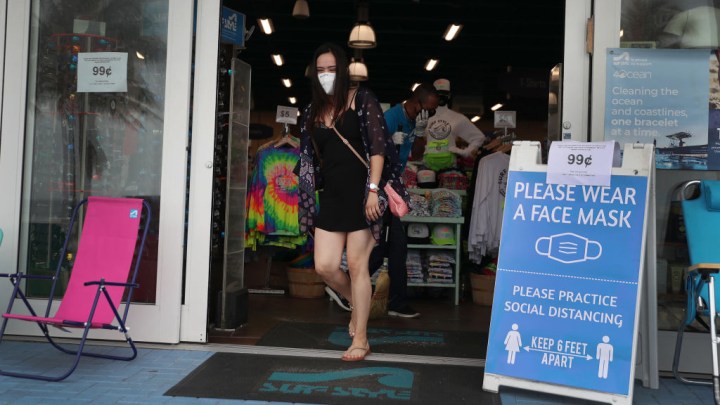 On Friday, the Treasury Department released a new application form for businesses with Paycheck Protection Program loans to ask for loan forgiveness. Meeting the government’s requirements can be complicated for many businesses, but the 11-page application offers some new guidance.

The Treasury Department bases loan forgiveness on whether a business hires back its former employees, or whether it offers the equivalent of those jobs in full-time hours. Some businesses have wondered if full-time meant 30 hours a week, based on other agencies’ definitions in the past. Now, Treasury says businesses must use 40-hour weeks to calculate their full-time equivalent hours.

The new guidelines mean businesses can bring back fewer employees and still meet the Treasury’s forgiveness requirements, said Matt Hetrick, who runs an accounting firm called Harmony Group. For example, he said a business that offered 300 hours before the crisis only has to bring back roughly seven employees, using a 40-hour-week calculation. If that same business used a 30-hour-week calculation, it would have to bring back 10 employees to qualify for forgiveness.

Hetrick also said the new guidance raises the bar for how many hours employers can offer former employees to get them back to work. Stepping up the requirement to 40 hours could help businesses re-hire employees who used to be part-time and are now on unemployment.

“To entice people out of it, I think almost everybody’s offering full-time work, and trying to keep their headcounts mitigated for health reasons,” Hetrick said.

Hetrick also noted other guidance, including the Alternative Payroll Covered Period, which lets employers shift the start date of the eight weeks they have to spend their PPP loans. The eight-week period normally begins on the day the business receives the loan, but the alternative period lets businesses move the start date to the beginning of their next pay period. That can effectively let a business squeeze more paydays into its eight-week loan window, helping them meet the loan’s forgiveness requirements.

Still, the added clarity doesn’t help many businesses that have remained closed throughout the pandemic, said Ken Giddon, co-owner of Rothmans, a New York-based clothing store.

“We’re not open, we have no work for our people to do and they would prefer to stay on unemployment,” he said.

Giddon has a PPP loan, but said he’s having trouble spending enough of it on payroll to qualify for loan forgiveness.