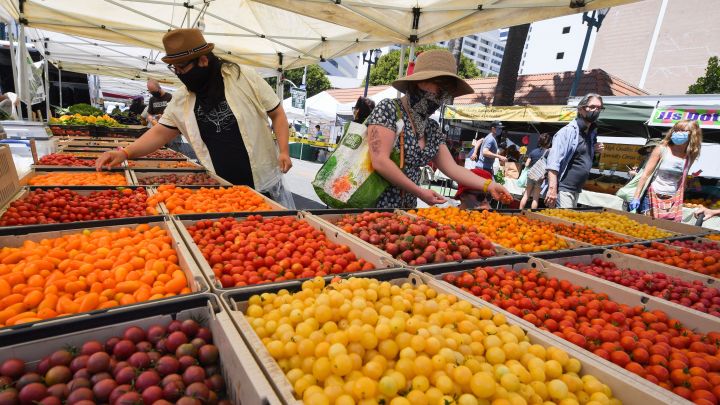 COPY
The pandemic has had varying affects on businesses' earnings. Some have seen modest revenue declines but are still in jeopardy. Robyn Beck/AFP via Getty Images

The pandemic has had varying affects on businesses' earnings. Some have seen modest revenue declines but are still in jeopardy. Robyn Beck/AFP via Getty Images
Listen Now

The current round of the Paycheck Protection Program is about a month old, and the Biden administration’s been tweaking the rules: For the next two weeks, only firms with fewer than 20 employees can apply, but after that, companies with up to 300 staff will have until the end of March to sign up.

One of the other new rules for this round of PPP loans is that firms that received support in the first round of the program last year can only apply for a second loan if their revenue dropped by 25% between 2019 and 2020. But that restriction bars some businesses that could really use the support.

“That three-part concept was absolutely integral to the financial picture,” Vogel said.

That’s because she could sell the beer and prepared food at a higher markup than the groceries.

But when the pandemic started, her deli sales fell by half. And she had to shut down her craft-beer bar.

“So when the COVID regulation started to shut down substantial lines of business, it created a math problem for us that became nearly insurmountable,” Vogel said.

People were spending more on groceries, such as toilet paper, dry yeast, packaged foods. And the average ticket price at checkout rose 83%.

“That doesn’t seem like we’re doing that badly, until you understand the nuance of the fact that the sales that we lost were the sales that paid our bills,” Vogel said.

As the pandemic continued, Glen’s Garden Market wasn’t selling the beer and prepared food that allowed the business to cover most of its costs.

“We’re paying our staff a minimum of $17 an hour,” Vogel said. “We’re providing subsidized health care, we’re providing free daily meals to everyone that works at Glen’s. And we made a number of investments in our team to keep everyone safe and well.”

Overall, the store’s revenue fell by just 8% in 2020, which means it doesn’t qualify for this round of the Paycheck Protection Program.

Around November, Vogel started having conversations with her accountant, Matt Hetrick, president of the accounting firm Harmony Group, about whether Glen’s Garden Market could survive through January.

“‘You know, looking at your burn rate, we need to be thinking about what that means,’” Hetrick said. “So we had conversations where it was along the lines of, like, ‘We’re done.’”

Quite a few small businesses have found themselves in this predicament, said Dominik Mjartan, CEO of Optus Bank in South Carolina.

If “you lose even 10% of revenues, and you cannot downsize your fixed costs, that could be devastating,” Mjartan said.

The revenue requirement for this round of PPP loans could explain why fewer businesses have been applying.

“We had several customers that reached out to us, wanted to apply, did experience a pretty significant revenue shortfall, but they just didn’t make the 25% cut,” Mjartan said.

Vogel said it fundamentally changed the store’s math problem by providing a tax credit for employees it kept on the payroll.

“Essentially the government is subsidizing my payroll,” Vogel said. “It’ll end up being close to 70% between now and July 1st.”

Hetrick, Vogel’s accountant, said the credit could help a lot of smaller businesses with the costs of staying open and paying their employees.

Clarification (Feb. 24, 2021): This story has been updated to clarify which businesses are subject to the 25% revenue decline restriction.