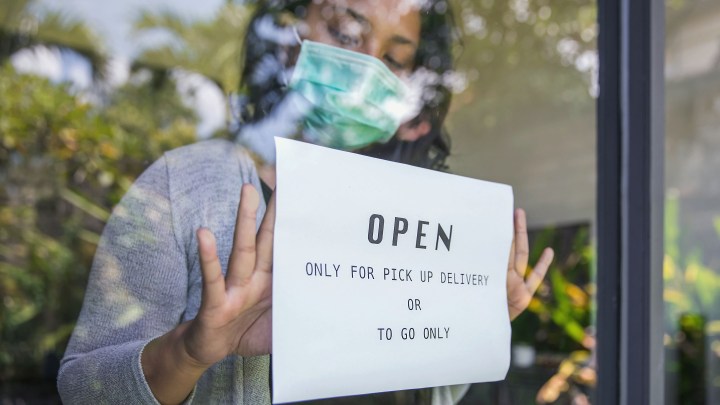 COPY
Fabiana Estrada of Accion says a lot of the minority business owners she's worked with are confused about how the PPP loans work. Kanawa_Studio via Getty Images
COVID-19

Fabiana Estrada of Accion says a lot of the minority business owners she's worked with are confused about how the PPP loans work. Kanawa_Studio via Getty Images
Listen Now

Senate Republicans did not roll out their trillion dollar coronavirus relief bill Thursday, as expected. It’s been delayed until next week.

They have said they want funding for more Paycheck Protection Program loans. Marketplace’s Nancy Marshall-Genzer is watching that story. The following is an edited transcript of her conversation with host Sabri Ben-Achour.

Sabri Ben-Achour: One of the many things the Senate’s been considering is another round of PPP loans, in particular how minority-owned businesses might benefit?

Nancy Marshall-Genzer: Right. The Senate Small Business and Entrepreneurship Committee held a hearing on that Thursday. There are some obstacles for minority-owned businesses that apply for PPP loans.

Fabiana Estrada was one of the witnesses at the hearing. She’s with Accion, a nonprofit group that helps minority-owned businesses with banking. She told me that a lot of the business owners they work with are confused about how the PPP loans work.

Fabiana Estrada: Every time we were trying to explain the process – I could tell you, there was really a lot of pain behind every little request of some money.

Ben-Achour: So what can be done to address that confusion?

Marshall-Genzer: Estrada says there should be straightforward rules on how to apply for PPP loans. She says some minority business owners weren’t sure whether PPP money was a grant or loan. She also said the terms of repayment should be clearer.

Ben-Achour: How could the government make things easier to understand?

Marshall-Genzer: Estrada says the Small Business Administration could provide training for people like her, those who work for nonprofits advising small businesses trying to get PPP loans. And she says this clarity she’s asking for wouldn’t just help minority-owned businesses. It would be useful for any company trying to get a PPP loan.