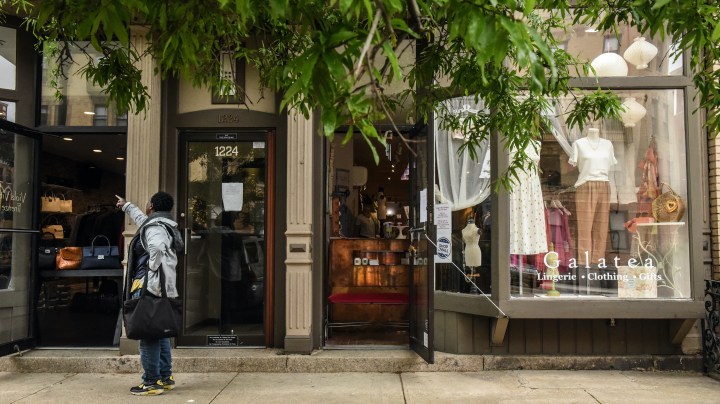 COPY
Despite the need for relief, businesses are finding it difficult to meet the eligibility requirements. Stephanie Keith/Getty Images

Despite the need for relief, businesses are finding it difficult to meet the eligibility requirements. Stephanie Keith/Getty Images
Listen Now

This week, the Small Business Administration sent out an update on how the latest Paycheck Protection Program is going. So far, about $73 billion worth of loans have been approved in the second round. Thing is, that’s only a quarter of the amount Congress allocated to the program.

In the weeks leading up to this round, Dan Eiten at La Salle State Bank in Illinois said he and his colleagues sent emails and letters to business customers telling them to get ready. But, Eiten said, “I would say the response has been a little slower than we anticipated.”

There could be a few reasons for that, he said.

For one, there are more restrictions. Businesses have to show that revenue dropped 25% or more.

And, despite the bank’s best efforts, “I think we sometimes fear that customers, or just any business in our community, might overlook a program like the second draw of PPP,” Eiten said.

According to Didier Trinh, government affairs director with the advocacy group Main Street Alliance, the fact that three-quarters of the available money is untouched is a sign that future aid packages should include different forms of relief. “Something that we’ve been advocating from the get-go was a more flexible grant program,” Trinh said. Such grants would be less likely to restrict how business owners spend the money.

Naomi Pomeroy runs a meal-box company called Ripe Cooperative in Portland, Oregon. She said it’s hard for business owners to meet PPP spending requirements. “It’s fuzzy math when you think about telling somebody that they have to have 60% of their money spent on payroll, when they can only have 25% occupancy.”

One proposal in Congress would establish a dedicated grant program for restaurants.

Pomeroy said that would make a huge difference. “We have enough debt on our plates, we have enough restrictions and hoops to jump through. And at this point, our surest survival depends on getting some funding as grants.”

Especially, she said, now that restaurant owners are struggling to get through the colder months.