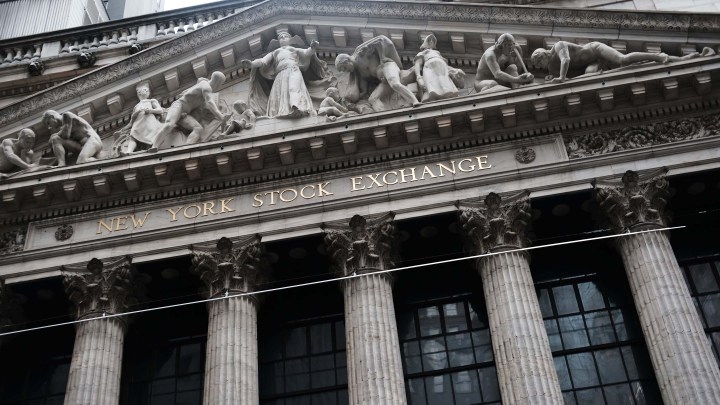 There’s news that the New York Stock Exchange, the Nasdaq and the Chicago Board Options Exchange are petitioning the United States Court of Appeals for the District of Columbia Circuit to review new SEC rules. The agency imposed rules in December that would require the exchanges to make more stock market data publicly available, including how much supply and demand there is for any given stock.

Supply and demand data can help investors figure out what price people are willing to pay for a stock, and that can help investors predict what’ll happen if the stock does reach that price, according to market historian John Steele Gordon.

The exchanges have this information, and they sell it, typically to big, institutional investors. Evan Rawley at the University of Connecticut said those investors are willing to pay a lot for that kind of information.

“They’re going to go trade, you know, 10 million shares of something, they want to know, down to the penny, how much they can get for those,” Rawley said.

The rules make it easier for retail investors to access that information, too, but Rawley said smaller investors probably aren’t making big enough trades for it to make a difference.

“It’s just too much data for them to manage,” he said.

The exchanges said they had no comment for this story. The SEC’s rules are set to take effect later this year.