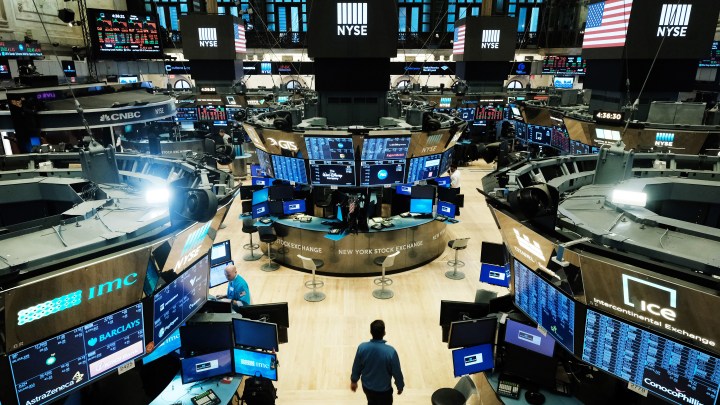 The White House and Congress have made a concerted effort over the past year to root out certain Chinese companies from U.S. stock exchanges.

The New York Stock Exchange has already flip-flopped on whether to delist three large Chinese telecom companies. The latest is that they’ll be kicked out as of Monday.

Now, according to The Wall Street Journal, the Trump administration is debating whether to also push the exchange to remove Alibaba, which is similar to Amazon, and Tencent, parent company of the popular WeChat messaging app. They are the largest Chinese tech companies.

Why? There are a few motivations here. Congress, in a bill signed in December, went after Chinese companies that don’t meet U.S. accounting standards but still sell stock in the U.S.

Paul Triolo, with Eurasia Group, said, “Everyone involved agrees it can’t go on. If Chinese companies are going to be listing on U.S. exchanges, they have to abide by these rules.”

The president’s rationale has been something very different. He wants companies delisted if they’re too close to the Chinese military.

According to David Dollar, a senior fellow at Brookings, “It’s an effort on the part of the administration to make sure that American investor money is not going to companies that are seen as helping the Chinese military and security apparatus.”

But it’s not clear that all the companies being targeted actually have much of a connection to the military or the government.

Triolo said that calls into question the effectiveness of the president’s policy: “What’s the goal here? I mean, does delisting have any impact on China’s military modernization?”

No, Dollar said. “I think it’s a minor annoyance for China.”

While there are proven benefits to listing in the U.S., these companies can get capital elsewhere. Even by listing on stock exchanges of U.S. allies.

If that happens, said Stephanie Segal, of the Center for Strategic and International Studies, “we will have undercut U.S. investors but not actually discouraged investment in the company that we’re worried about.”

Segal also said she expects the incoming Biden administration to reevaluate this approach.