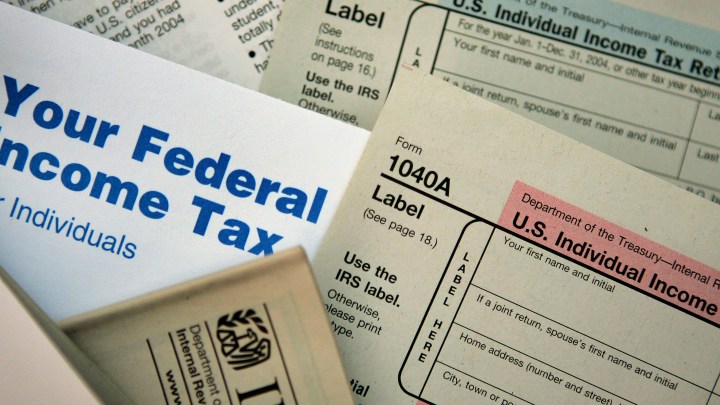 Taxes can be tough to figure out in normal times, but this year is going to be even more of a head-scratcher.

There are a lot of questions around what people owe taxes on, and what they don’t. Are taxes paid to the state where offices are located or to the states where people live? And when can people file their taxes? When might refunds come?

“There are so many factors that go into the determination of state tax residency,” he said. “But this year, it’s going to be even more complicated.”

Thomas said because so many people worked from home this year, taxpayers may have to do more research and paperwork. Some states are fighting over who gets to collect tax revenue for people who live and work across state lines.

There are a couple of things we do know. Stimulus checks are not taxed. But unemployment benefits are taxed, both at the federal level and by some states.

She said that with 10.7 million people out of work, there are a lot of folks who have never collected unemployment before, so they need to be aware of that.

Another difference this year is that the IRS will not be accepting federal tax returns until Feb. 12. Andrew Hayashi, director of the Virginia Center for Tax Law, said that means people will have to wait longer for that check from the IRS.

“Low income households who claim the earned income tax credit rely on that to kind of get current on some of their holiday bills,” he said.

Usually, many of those families would file their taxes the first week in January, Hayashi said, but now they can’t. The April 15 deadline, however, currently remains unchanged.