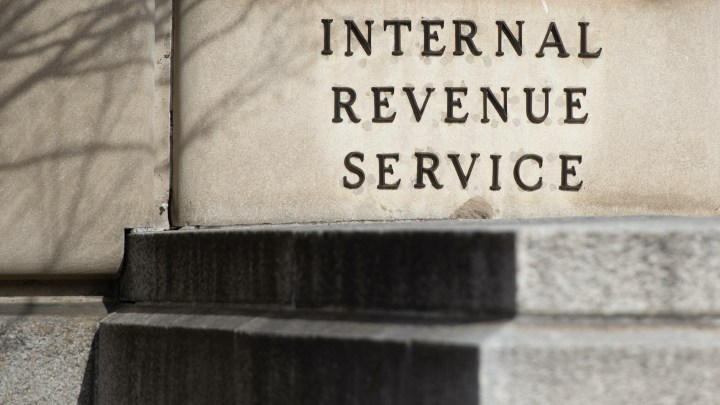 COPY
It's a messy year for the IRS, taxpayers and tax preparers. Saul Loeb/AFP via Getty Images

It's a messy year for the IRS, taxpayers and tax preparers. Saul Loeb/AFP via Getty Images
Listen Now

Sometimes it doesn’t pay to be an early bird. Millions of Americans filed their taxes before Congress changed the rules, making a big chunk of unemployment benefits tax free. Now the IRS says it will recalculate their tax returns for them. But there’s a catch — they’ll have to wait for their refunds.

Josh Gannis, a teacher in Tacoma, Washington, was laid off a year ago and received about $15,000 in unemployment benefits. He filed his taxes a few days before Congress passed the latest COVID-19 relief bill, which — surprise! — made the first $10,200 of 2020 unemployment benefits tax free for households with adjusted gross income below $150,000.

Neither, apparently, did the IRS. Initially it told taxpayers like Gannis to sit tight as it figured out what to do. Then, a few days ago, the IRS announced it would recalculate their returns for them. Gannis prefers to do it himself.

“I’d rather have a process where it’s not all on them, where there’s action by me and a response by them,” he said.

It’s hard for Gannis to wait for his refund. He’s planning to use it to help pay down $10,000 worth of medical debt.

Erin Collins, the IRS’ national taxpayer advocate, estimated that as many as 10 million taxpayers are in the same boat as Gannis. But she said they should definitely not file an amended return. The IRS has to go through those manually, and it’s already behind.

“What we’re seeing in the returns from 2019, specifically the paper returns – they may be as old as six months ago they were filed, that are still sitting in the system,” she explained.

Collins said the IRS is understaffed because its budget was cut by more than 20% over roughly the past 10 years, after adjusting for inflation. And it has a lot on its plate right now, including new responsibilities from the various COVID-19 relief bills. Katherine Loughead, a senior policy analyst at the Tax Foundation, said this is a tough year for the IRS, taxpayers and tax preparers.

How much time? The IRS says the process of recalculating taxpayer returns will stretch into the summer.