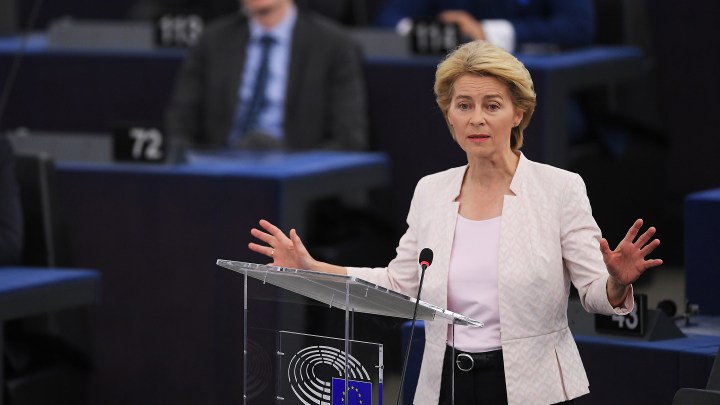 The European Union and the United Kingdom have, after 4½ years, agreed to the terms of a post-Brexit trading relationship eight days before their Dec. 31 deadline. The BBC’s Victoria Craig joined us live from London to discuss the latest.

Victoria Craig: European Commission President Ursula von der Leyen was first to the podium in Brussels about an hour ago, calling the deal a fair and balanced one. And she said while she feels relief and satisfaction, she acknowledged it is a bittersweet end to a four-decade relationship with Britain.

It’s a completely different tone here in the U.K., though. Prime Minister Boris Johnson swiftly tweeted a photo of his arms in the air and just one declaration to accompany it: “The deal is done.” So far, a positive reaction from business groups here, as well.

Sabri Ben-Achour: What is in the deal, exactly?

Craig: We’re still trying to get to grips with that. There’s a lot to go through. It’s the biggest bilateral deal signed by either side. Last year, trade between the U.K. and EU was worth nearly $500 billion. We had expected a deal much earlier today, but it got hung up on the last minute over haggling over fishing rights. Literally, negotiators were going species by species to determine who could fish what kind of fish in which waters beginning Jan. 1. So that, presumably, has now been resolved.