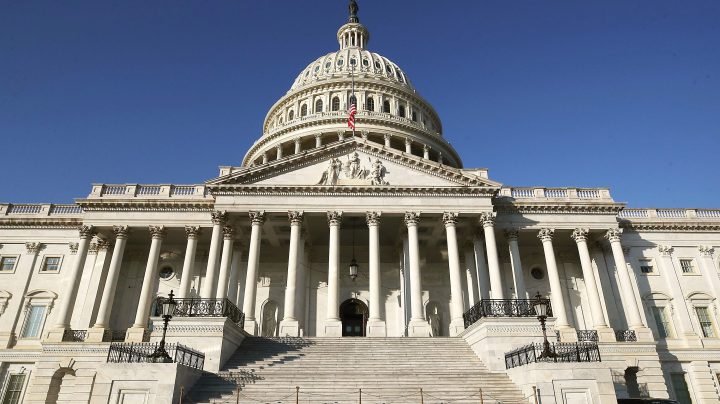 COPY
Top staffers on Capitol Hill are far less diverse than the people they represent, according to LaShonda Brenson of the Joint Center for Political and Economic Studies. Mark Wilson/Getty Images
Race and Economy

Top staffers on Capitol Hill are far less diverse than the people they represent, according to LaShonda Brenson of the Joint Center for Political and Economic Studies. Mark Wilson/Getty Images
Listen Now

With a new Congress set to be sworn in on Jan. 3, it’s hiring season on Capitol Hill. The 117th Congress will be one of the most diverse in history, but LaShonda Brenson, senior fellow of diversity and inclusion at the Joint Center for Political and Economic Studies, is focused on raising awareness about a different group of workers: top congressional staff.

“Marketplace” host Kai Ryssdal spoke with Brenson about why increasing congressional staff diversity could lead to more inclusive public policy. The following is an edited transcript of their conversation.

Kai Ryssdal: Very good to have you on. Let me ask you to go back to however many years ago it was that you were an intern on Capitol Hill. And you looked around. And what did you see?

LaShonda Brenson: I didn’t really see a lot of people that look like me. I did a Washington semester program, and I interned with a member of Congress. And I was really excited about the opportunity, but I just didn’t see a lot of staffers who looked like me.

Ryssdal: You have since gone on to study in this field. You’ve been doing this for a while now, studying Congress and congressional staffers and the diversity issue. What do you see today when you look around Capitol Hill?

Brenson: Much of the same, unfortunately. People of color are nearly 40% of the U.S. population, but in the Senate, they only represent about 11% of the top staff positions. And while the House is a bit better at 14%, in those top positions, there really is not much diversity still, unfortunately.

Ryssdal: Let me ask you, just for clarification sake, to talk about what those top staff positions are, right? Because we’re not looking at, you know, the person getting the mail, right?

Brenson: Yeah, these are the most senior staff positions in Congress. So that includes chief of staff, legislative director and communications director. These staffers, as you know, are so important because they are the ones who are really doing the day-to-day tasks, giving talking points, giving notes, informing their member on various issues that might arise. Of course members of Congress make the final say, but these staffers really have a lot of influence in enacting legislation.

Ryssdal: Right, and has a huge impact in this economy. Let me ask you, though, how to fix it. Because is this, as they say in Silicon Valley all the time, they say, “Oh man, it’s a pipeline problem. We just don’t have enough engineers of color or who are women coming along”? Is that what’s going on here?

Brenson: I think in some instances, yes. But I do think that there is evidence that shows that there also is a lack of promotion opportunities within offices. And so in some instances and some offices, they’re not getting the promotion opportunities that they need. And there actually are a lot of initiatives on the Hill that collect resumes and can recommend candidates to offices, so there’s a lot more resources now that these offices can rely on.

Ryssdal: With a change of administrations coming in January, one imagines that the Biden administration will suck in some number of people from Capitol Hill. That would seem to provide an opportunity, right?

Brenson: Yeah, and I think that there are a lot of opportunities in terms of those staffers also leaving their current positions, but also just a lot of opportunity given the newly elected members of Congress as well. And so we’re writing op-eds and reports to inform these new members, especially, why this is so important.

Ryssdal: Just as a close here, if you had a chance to talk to a 20-year-old intern on Capitol Hill today about this issue, would you say that by the time that person reaches your stage in life, it’ll be better?

Brenson: I certainly hope so. I think that there’s a lot of room for opportunity. You know, if you think about everything going on in terms of attention on different issues that affect communities of color, there’s a lot more opportunity for these policymakers to respond to the needs of their constituents. 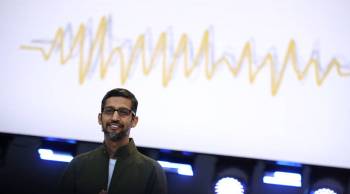