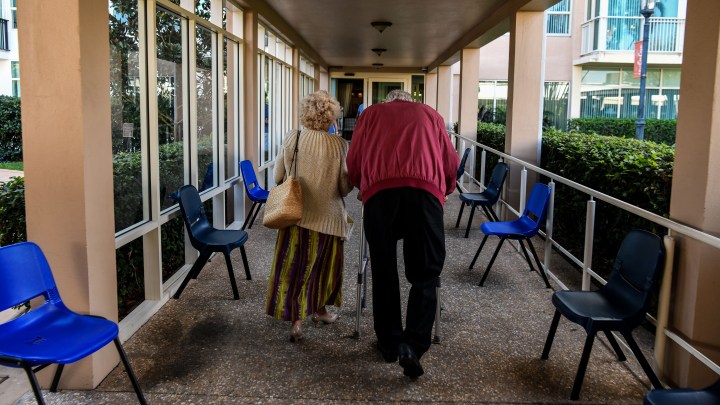 When Sukari Addison needs to clear her mind, she sits in the garden of a huge Episcopal church called Grace Cathedral in San Francisco. The older woman said the peaceful environment helps her accept our new reality: that we are in a really big change now.

“But I’ve been through changes before. A lot of them as an African American,” she said.

How are seniors like Addison, who live on limited incomes and may be more isolated at this time, especially in communities of color that have been hit hardest by the disease, coping with the pandemic? For Addison and Diane Evans, two Black women in the San Francisco area, Social Security and Medicare are proving critical to their financial health and stability.

Addison said that during this difficult time, she’s actually managed to save money. She can cover her expenses, which are about $1,000 a month, in one of the most expensive cities in the world with her Social Security check. She no longer shops or eats out, and she’s frugal at the supermarket.

“I know everything and every price,” she said. “That’s part of my ‘elderness,’ I call it.”

Addison lives in a simple room in a family-owned hotel in the heart of downtown. The manager has never raised her rent.

Addison has congestive heart failure and high blood pressure, both risk factors for COVID-19. But she said she’s not living in fear.

So on a hot summer night in August she said she didn’t panic when she started feeling sick. “I just threw myself on a bed and there I stayed for twelve hours.”

Within days, she said, she tested positive for COVID-19 and landed in the hospital with pneumonia. Exhaustion consumed her. She said the hardest part was the rule against visitors.

But “the doctors and the nurses was just over and beyond. And I think that got me through a lot,” she said.

After two dire weeks, her physician sent her home. She said she was relieved when Medicare covered all of her hospital bills.

“I am not drowning in expenses,” Evans said.

The 74-year-old lives at a senior center in San Francisco. It’s subsidized housing in one of the roughest neighborhoods in the city. Her expenses also total about $1,000 a month, and she lives on Social Security. She pays $300 a month for a small room. The nonprofit Meals on Wheels delivers food. Evans prides herself on living simply.

“The biggest expense is laundry,” she said.

She spends most days alone. Yet she said she’s not suffering more than usual right now.

“If adverse situations beat you down, there wouldn’t be an African American in this country,” Evans said. “You survive. You do what you have to do to survive.”

She stays connected by listening to the news on the radio or streaming Hulu Live. She flips between MSNBC, Fox and CNN. She’s learning to use an iPad.

“I save things on the news app in the Cloud,” she said.

Evans smiled as she pulled out a purple cellphone. “I learned how to text!”

She said she Zooms regularly with her daughter in Chicago. And she can’t wait to get back to community organizing. “I miss it horribly. We were involved in everything. Everything,” she said.

Evans said she’d love to join the protests calling for racial equity, but until the pandemic ends, she’s lying low.

“I want to be alive at the end of this,” she said.

Her mother taught her mantra she lives by: “And this too shall pass.”

Now she’s handing that wisdom down to her grandchildren.