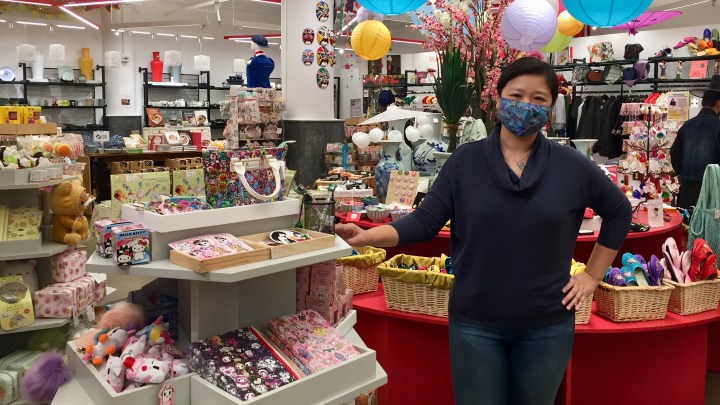 During the pandemic, many of New York City’s small businesses have struggled to keep up with the city’s expensive commercial rents.

Joanne Kwong, the president of Manhattan retailer Pearl River Mart, said she was paying around $1 million a year in rent for two locations and a warehouse before the pandemic. She said negotiating to try and get a break on her rent is like rolling the dice.

“Our situation is kind of dependent on the whims or the situation of the landlord,” she said.

Jawed Farooqi said his revenues have been down almost 60% during the pandemic. He owns a framing store, called Rooq, with three locations in Manhattan. Farooqi said one of his landlords has reduced the rent, another argues about it every month and a third won’t negotiate.

“I was explaining to him that every day I see a new store closing, and he’s like, yeah, you’re right. And I’m like ‘So you know that this is how it is, why do we have to fight?'” he said.

Commercial leases in New York tend to be long and they are not very flexible, said Rachel Meltzer, who teaches urban policy at the New School. And, the city doesn’t have a consistent way of regulating commercial rents, even in normal times, she said. “It’s hard to come up with something systematic in the middle of a crisis,” she said.

Meltzer said right now money would be the best equalizer. “Some kind of bailout, just to support these businesses and help them pay whatever rent they have to pay,” she said.

But small businesses do have some leverage. Nicole LaRusso, director of research and analysis for CBRE Tri-State, a real estate services firm, said in New York City, rents are down and vacancies are up.

“There’s not a lot of tenants lined up, waiting for tenant X to move out so tenant Y can move in,” she said.

So if landlords don’t negotiate, they may be rolling the dice too.