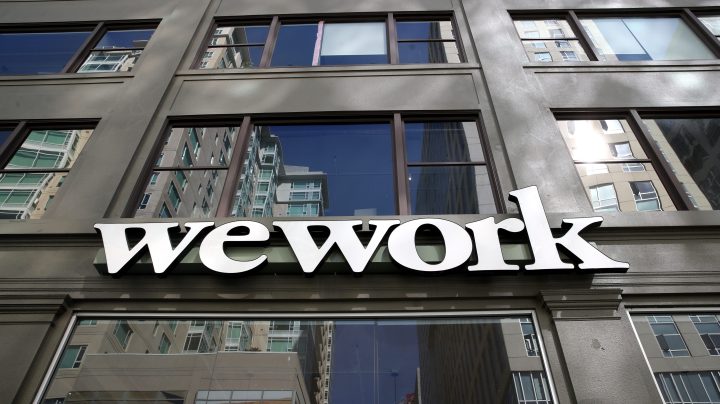 Right now, many businesses are struggling to pay the rent and trying to negotiate a discount.

“We’re seeing a lot of negotiation happening right now,” said Vivek Sah, director of the Lied Institute for Real Estate Studies at the University of Nevada, Las Vegas, “because the landlords want to keep the tenants, and the tenants, of course, are unsure about their future use of space.”

Ken Leon, a real estate analyst at CFRA Research, said that the financial challenges for commercial landlords and tenants are most acute in big coastal cities like New York, Boston, Washington, San Francisco and Seattle, with high dependence on public transit and a lot of crowded spaces that could be hard to adapt to social-distancing measures as businesses reopen.

“There was enormous excitement about live-work-play opportunities in those cities” before the pandemic, Leon said. But now, interest is growing in more suburban office buildings where parking and space are more available.

Jonathan Wasserstrum at New York brokerage firm SquareFoot said mostly what he’s seeing is tenants negotiating deferrals, or permission to pay their rent in full at a later date. He said almost no one is getting an abatement — permission to just not pay the rent altogether. Although, he said, “a bigger tenant can throw their weight around more than a smaller tenant. They also have more to lose, right? There’s a bigger balance sheet for the landlord to go after if that tenant stops paying rent.”

The CEO of WeWork, Sandeep Mathrani, told CNBC last week that the company hasn’t paid rent for April and May in some of its locations. He said this affected fewer than 20% of the company’s locations, where “we’re just in discussions with our landlords in a friendly way, and therefore we plan to make whole on our entire obligation.”

Christopher Mayer, who studies real estate at Columbia Business School, said that commercial leases are usually ironclad. “There are very few circumstances that a lease allows the tenant not to pay rent.” But he pointed out that WeWork has structured most of its leases in a way that makes them easier to get out of. “WeWork can go to a landlord and say, ‘I’m just going to walk away from this lease,’ and there’s relatively little the landlord can get beyond getting their space back.”

Mayer believes it will be more difficult for companies such as FedEx and Starbucks, which have also reportedly been trying to negotiate concessions from some commercial landlords, to negotiate rent breaks. He said they’re big firms with strong balance sheets, and their customers might not like it.

“People — some of whom are unemployed but are still paying their rent — are not going to have a lot of sympathy for companies who say, ‘You know what, I just don’t want to pay mine.’ ” Mayer said that most Americans have been keeping up on their rent and mortgage payments so far.