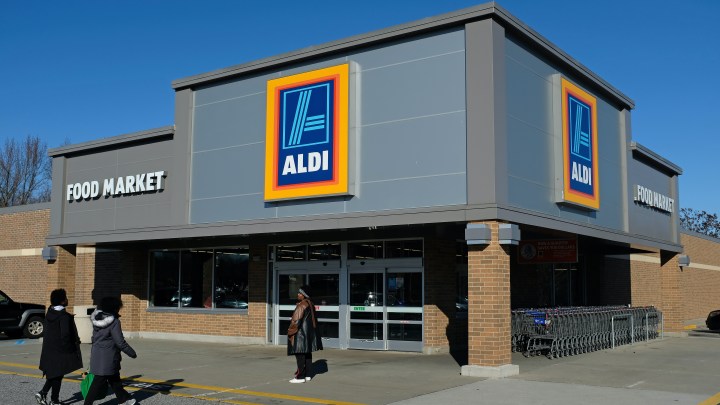 The grocery business has been one of the few bright spots in retail during the pandemic. Stores like Aldi, Food Lion and Lidl have major expansion plans in the works. Big supermarket chains were expanding before the pandemic, too. More than 2,500 new grocery stores of 5,000 square feet or bigger have opened in the last five years, according to data from CoStar Group, a commercial real estate information and analytics provider.

Grocery stores have been filling part of the commercial real estate gap created by the downturn in in-person shopping. For years, landlords have been losing big tenants like Toys R Us, Office Depot and Bed Bath & Beyond.

Alexander Levy, a senior consultant with CoStar Group, said: “Either they have to subdivide that space to put in smaller tenants or they need to find a larger tenant that is more stable.”

Enter grocery stores. From a landlord’s standpoint, they’re pretty recession-proof, so they’re going to pay the rent. They sign long leases, up to 20 years. And they bring a lot of foot traffic to strip malls.

Scott Burns, managing director at commercial real estate firm JLL, said stores like Aldi and Trader Joe’s are increasingly a good match for the spaces being vacated by midsize retailers.

But if landlords rely too much on grocery stores, will there be too many of them? Yes, according to Mark Thompson, founder of GroceryAnchored.com: “There’s certainly places across the country where we’re seeing overstored locations, other places where expansion needs to happen.”

Thompson, whose website tracks grocery-anchored shopping center real estate, said it takes about 15,000 residents to support one grocery store. In some places, like North Carolina, there are so many stores that they ended up with about half that ratio, or 7,500 residents for each supermarket.

He added, “Now, who won? Well, the consumer won because all the grocery stores were competing to drop prices.”

But eventually, he said, that bubble burst. Some local chains filed for bankruptcy and closed locations. For area real estate, that meant leaving landlords in the lurch again.