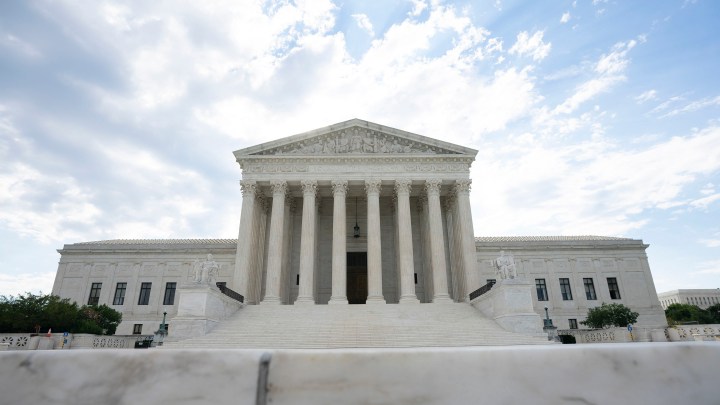 COPY
"Without the Affordable Care Act, anyone trying to buy their own insurance, with a preexisting condition, would likely be denied," says Larry Levitt, executive vice president of the Kaiser Family Foundation. Stefani Reynolds/Getty Images

"Without the Affordable Care Act, anyone trying to buy their own insurance, with a preexisting condition, would likely be denied," says Larry Levitt, executive vice president of the Kaiser Family Foundation. Stefani Reynolds/Getty Images
Listen Now

The Supreme Court hears arguments Tuesday in a case that will decide the fate of the Affordable Care Act, also known as Obamacare.

Marketplace’s Nancy Marshall-Genzer has more on this. The following is an edited transcript of her conversation with “Marketplace Morning Report” host David Brancaccio.

David Brancaccio: What’s the estimate on how many people could lose health insurance, depending on how the high court rules next year?

Nancy Marshall-Genzer: About 20 million people got insurance through the Affordable Care Act when it was first rolled out — that number is likely higher now. If the law were invalidated, all of those people would suddenly be uninsured.

Brancaccio: And for people with preexisting conditions?

Marshall-Genzer: They would have a lot fewer protections from discrimination. Larry Levitt, who’s executive vice president of the Kaiser Family Foundation, told me people would have a very hard time buying insurance for themselves — dealing directly with an insurance company — if they had a preexisting condition.

Larry Levitt: These are things like cancer, diabetes, obesity — even pregnancy. So without the Affordable Care Act, anyone trying to buy their own insurance, with a preexisting condition, would likely be denied.

Brancaccio: This could also affect people who don’t get insurance through Obamacare, but through their jobs?

Brancaccio: And preventive care, free flu shots and such. The health law that could be overturned made insurance companies pay for those. Would no fees for preventive care continue if the law went away?

Marshall-Genzer: Not necessarily. Levitt says Congress would have to pass new legislation, for example, making any COVID vaccine free.