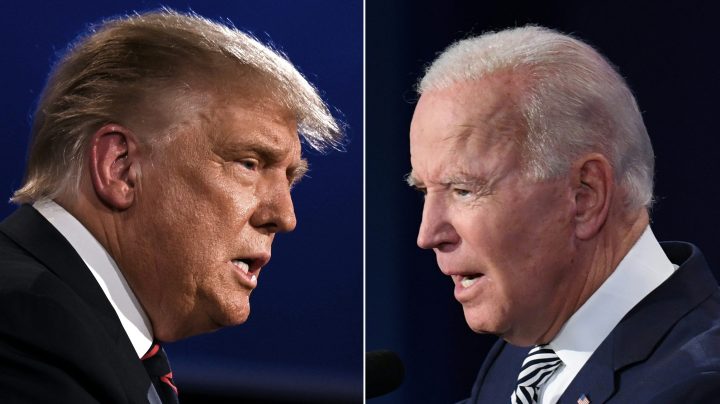 With millions of Americans voting by mail this year, poll workers have a long election night ahead of them.

Outlets like the Associated Press are reporting that the election results may be delayed, largely in part due to mail-in voting, which means we may not know who won the 2020 presidential election by Tuesday night. But the states each candidate wins can point to how they’re faring. If President Donald Trump fails to capture Florida, the AP says he’ll have a hard time getting enough states to be reelected, while Biden still has other pathways to the presidency if he doesn’t win it.

The first polls will close at 3 p.m. Pacific time zone in parts of Indiana and Kentucky, while the last ones will close after 9 p.m. Pacific, according to this New York Times guide on closing times.

More than 101 million Americans have voted early this year as of Tuesday, which includes more than 35 million in-person early votes and 65 million ballots cast by mail, according to the U.S. Elections Project.

Many states, including swing ones like North Carolina and Florida, allow election officials to process or count mail ballots early. But key battleground states like Michigan, Pennsylvania and Wisconsin failed to pass laws that allowed them to begin processing mail ballots significantly ahead of time. (There are some cities in Michigan that can process pre-election ballots the day before Election Day.)

All three states flipped from blue during the 2012 presidential election to red in 2016.

Adding to potential delays in knowing the final tally of votes, the Supreme Court ruled that Pennsylvania and North Carolina can accept absentee ballots for several days after Tuesday, although it barred Wisconsin from being able to count any after Election Day, regardless of when they were mailed.

In Pennsylvania, Governor Tom Wolf said we probably won’t know the state election results until after Election Day. Meanwhile, the office of Michigan Secretary of State Jocelyn Benson said it could take until Friday for all ballots to be counted.

As NPR explains, election officials have to “verify signatures, open envelopes, separate ballots from secrecy sleeves and sort them — all before they’re fed through tabulators,” which takes more time than in-person voting.

In Milwaukee, Wisconsin, workers in the city will have to tabulate votes in three shifts on Election Day, reported the Milwaukee Journal Sentinel, since state law doesn’t allow local officials to stop counting and reconvene the next morning.

The whole process will be livestreamed out of the interest of transparency, which is a practice being adopted by other districts in the country, including Philadelphia.

It’s a move that’s occurring in an already heavily litigated election, with more lawsuits potentially being filed after Election Day. In swing states, Republicans are planning to legally challenge the election results.